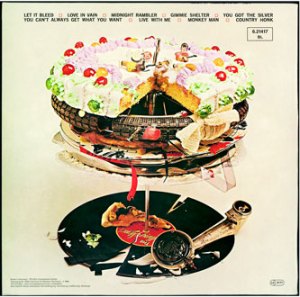 Jerry Saltz declares that “New York’s galleries are the greatest single machine ever invented for exhibiting art,” and admits to swooning recently over drawings by Tom Fairs at KS Art and “After Shelley Duvall ’72,” the group show that Bjarne Melgaard curated at Maccarone. [NYMag]

Critic Blake Gopnik visits the Rubin Museum’s new exhibition about depictions of Tibet in comics. “There can’t be many other foreign countries and cultures that Westerners have mythologized as deeply as Tibet,” Mr. Gopnik writes. [Newsweek/The Daily Beast]

The Museum of Modern Art acquired 200 works by Robert Brownjohn, the man who designed the cover for The Rolling Stones’ Let It Bleed. [NYT]

Back in the day, when Philip Glass would show up at Talking Heads concerts at CBGB. [Times Book Review]

Apparently, there is a “knit-graffiti movement.” [WSJ]

The Wall Street Journal also has a story about websites that help you buy art. [WSJ]

John Elderfield gives yet another lengthy interview about Willem de Kooning and still manages to find new things to say. [The Brooklyn Rail]