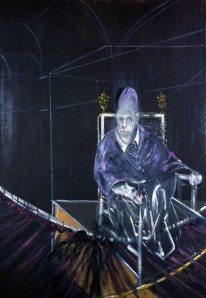 Tracey Emin now has her own shop in Spitalfields, selling prints of her work. [The Art Newspaper]

Here’s more on that book about breakfast with Lucian Freud. [The Guardian/Observer]

Jeffrey Goldberg slams Alice Walton’s Crystal Bridges Museum as “a moral blight.” Bonus fact: in 2007, “the six Walton family members on the Forbes 400 had a net worth equal to the bottom 30 percent of all Americans. [BusinessWeek]

The Wall Street Journal finds the museum in the middle of nowhere to have gaps in its collection. [WSJ]

The size of the alleged German forgery enterprise continues to get bigger and bigger. “I’m sure there will be more wreckage washed up on the shore before we see the end of this,” one gallery director said. [The Art Newspaper]

According to David Hockney, Francis Bacon was a pretty cool guy. [Bloomberg]