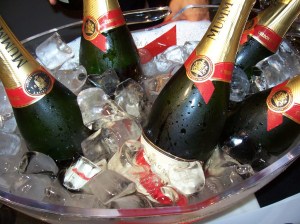 Over in The Art Newspaper, sociologist Olav Velthuis, the author of what is easily Gallerist‘s favorite book about the art market, Talking Prices (2005), has a nice article about how the wealthiest of the wealthy are handling the art market these days of economic uncertainty. Short answer: they’re continuing to buy rather aggressively, for a variety of reasons.

But what most caught our eye was Mr. Velthuis’s very succinct explanation of how it feels to buy expensive art as a billionaire, translating that experience to an average American. Here is that passage, which echoes a similar point made by critic Charlie Finch last month:

“For art collectors like Arnault, Abramovich or Pinault, who according to Forbes each have more than $10bn, $10m for a painting by Richter or a sculpture by Koons is in the end no more than 0.1% of their net worth. For an American citizen, whose mean net worth is $96,000 according to data from the Federal Reserve, the equivalent would be paying no more than $96 for a work of art.”

And why, you may be wondering, is the art market thriving at a time of seemingly brutal economic pressure?

Mr. Velthuis points out that the art market has sometimes done relatively well in such periods, writing that “economic and financial crises go only so far in depleting the cash of wealthy collectors.” (That is especially true of today’s collectors from newly ascendent countries like Russia, Brazil, India and China.) Indeed, the number of people making Forbes‘s billionaire list is up 200 over last year, and that group’s combined wealth is equal to $4.5 trillion, an explosive jump up from $3.6 trillion last year.

Oh, and the article also features a great photograph of Russian collectors Roman Abramovich and Leonid Mikhelson clinking glasses with some of their friends.