Throwing himself into the brawl between Gov. Chris Christie and state Sen. Ronald L. Rice (D-28) and trying to land a punch on behalf of the governor, state State Sen. Kevin O’Toole (R-40) wants Senate President Steve Sweeney (D-3) to suspend senatorial courtesy as a means of nullifying Rice.

“I am writing to request that you use your authority as Senate President to immediately suspend the custom of senatorial courtesy for all Senators from Essex County until this judicial crisis has been resolved,” O’Toole wrote.

There’s a chain of events here that started a year ago when Rice first told PolitickerNJ.com that he had no intention of approving Christopher Cerf from Montclair as Gov. Chris Christie’s education commissioner.

Christie this morning doubled down, according to State Street Wire. He won’t budge until Rice approves Cerf.

A determined opponent of charter schools and the Opportunity Scholarship Act, Rice won’t move, either.

That prompted O’Toole to turn to Sweeney for relief.

“Mr. President, I implore you to take the unprecedented step in suspending a time-honored Senate tradition not only to ensure that Essex County citizens are afforded the judicial services that they are entitled to, but also to protect the Senate’s integrity and its duty to the public to provide Advise and Consent in a timely manner.”

Sources said O’Toole’s letter puts Sweeney in an interesting position, one in which the sitting Senate president has an opportunity to side with Christie in punishing Rice and, by extention, Sweeney’s old same-party nemesis, former Senate President Richard Codey (D-27) – a key Rice ally.

But sources close to Rice told PolitickerNJ.com the senator still sees Cerf as a profiteer and enemy of public education and interprets as little more than cycnical gamesmanship the attempt to tie the senator’s thumbs up on Rice to his ownership of the judicial crisis. The sources say that’s on the governor, not Rice.

Allies of the governor’s say if Rice were serious, however, he would have accepted Sweeney’s invitation to sit on the judiciary committee as the lead interrogator in a Cerf confirmation hearing. 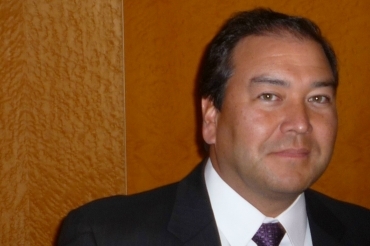