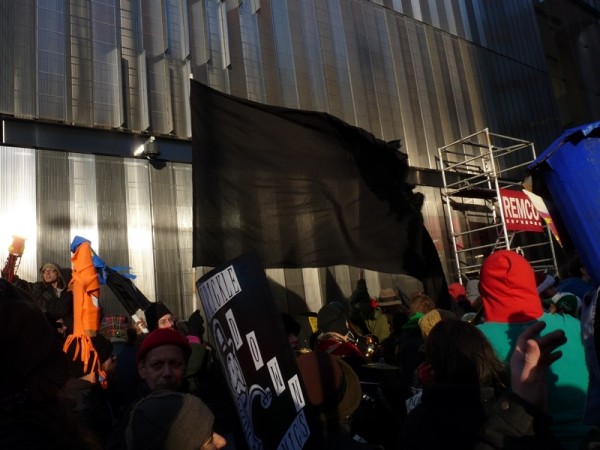 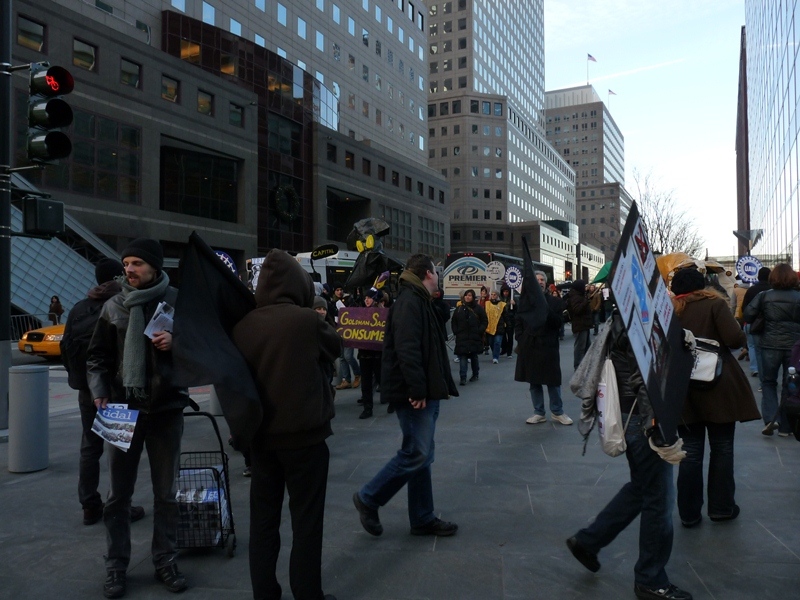 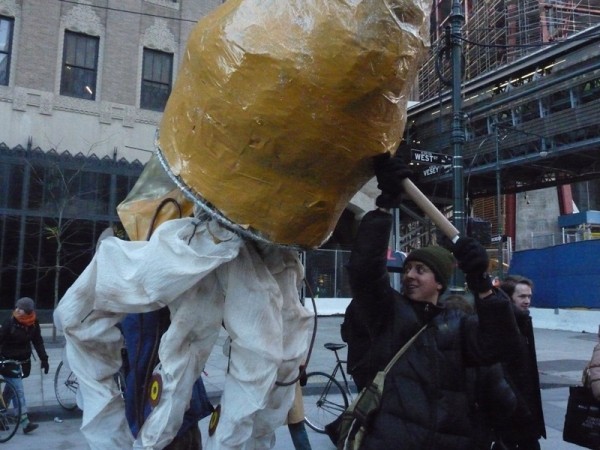 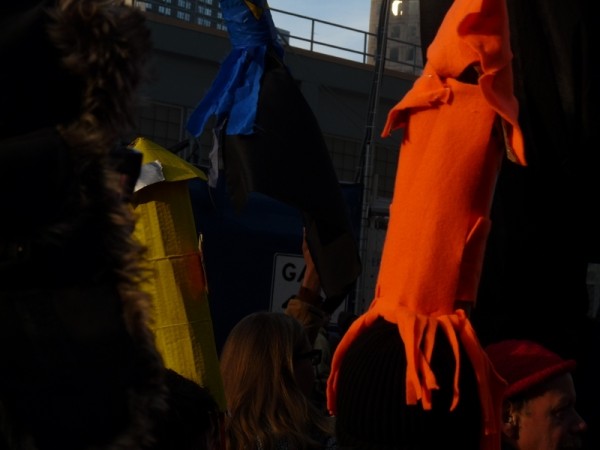 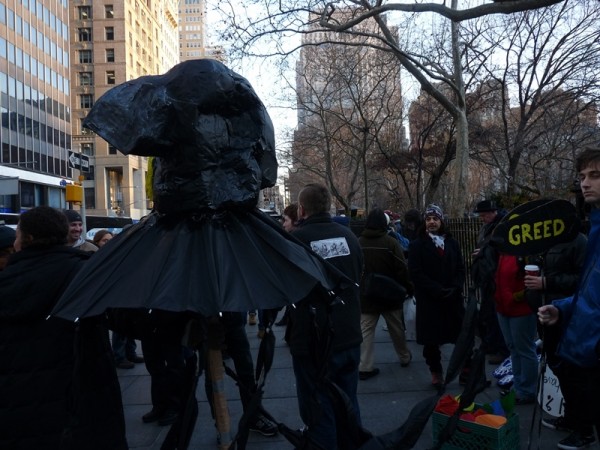 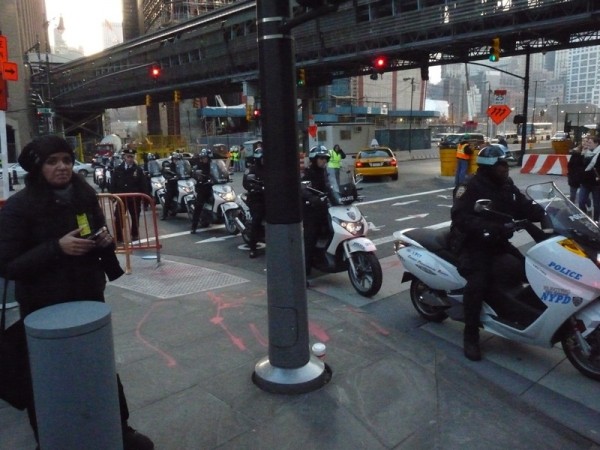 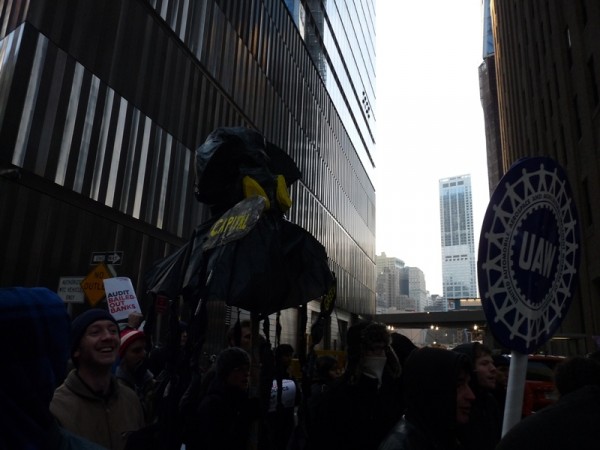 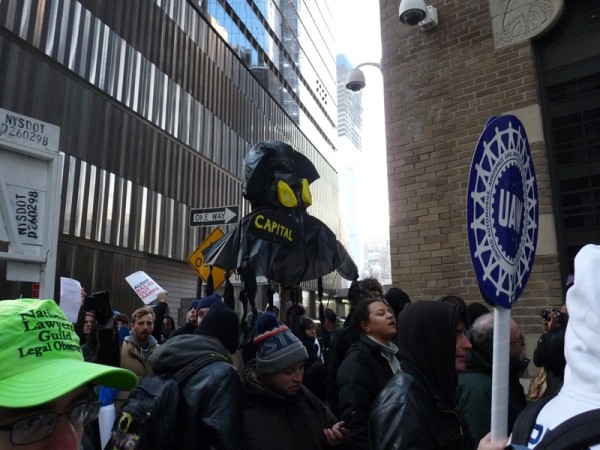 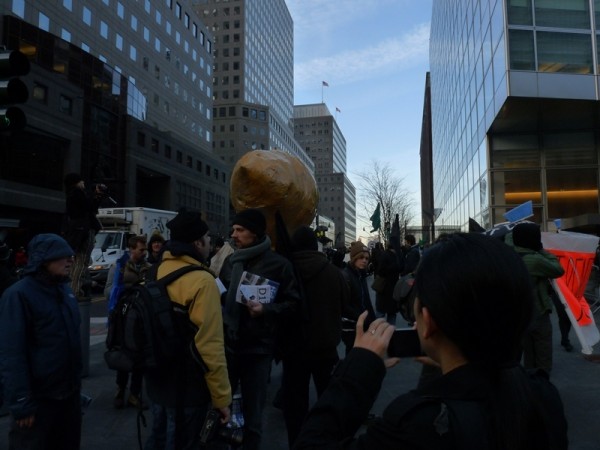 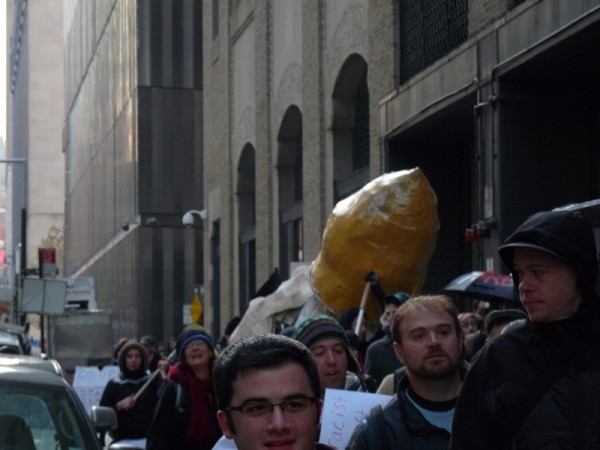 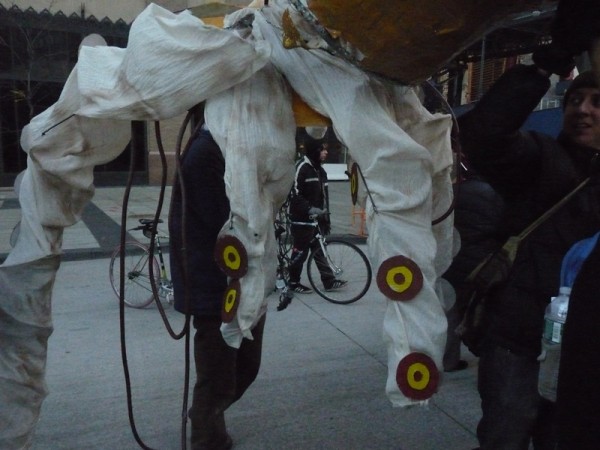 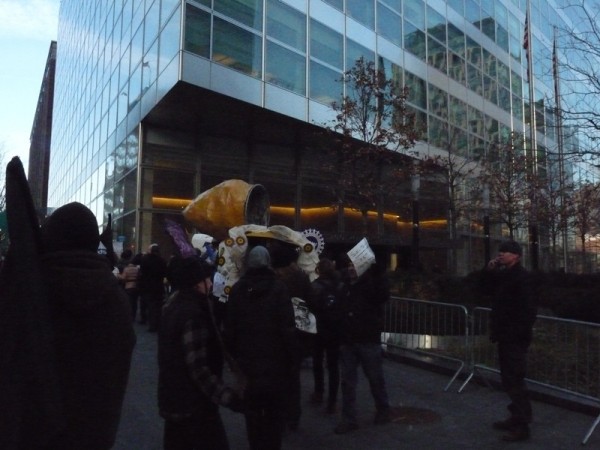 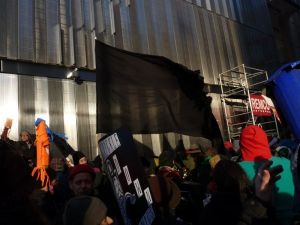 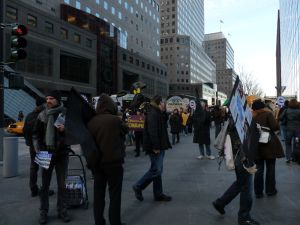 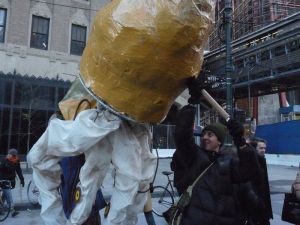 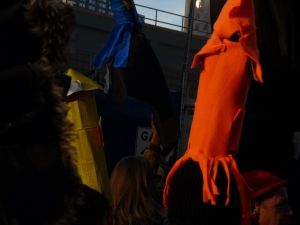 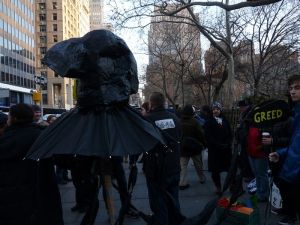 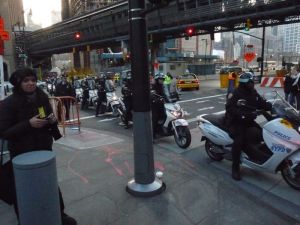 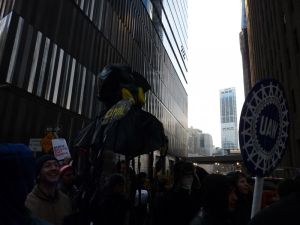 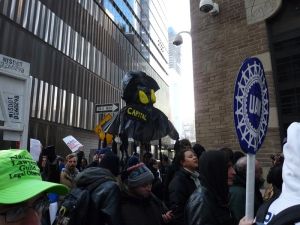 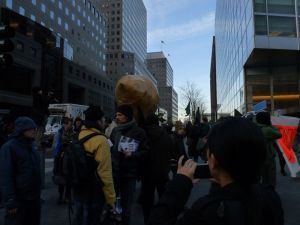 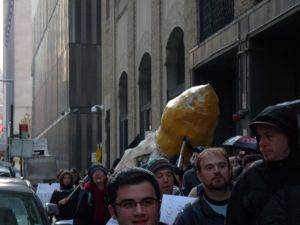 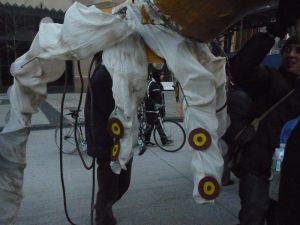 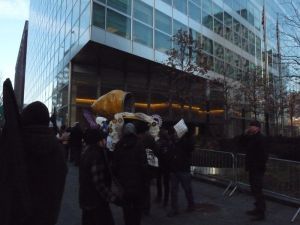 Update: The video below also contains footage of The New York Times’ credentialed freelance photographer Robert Stolarik being barred from covering the arrests. Read about it here.

Earlier today, as we noted, Occupy Wall Street marched in solidarity of their West Coast counterparts as they attempted to shut down the major ports of commerce used by global financial banking and security firm Goldman Sachs.

The protesters, carrying and wearing giant squid outfits to represent what Rolling Stone writer Matt Taibbi described when talking about Sachs as “a great vampire squid wrapped around the face of humanity, relentlessly jamming its blood funnel into anything that smells like money,” marched from Zuccotti Park to Sacks HQ at 200 West Street.

But that wasn’t all OWS had in store: Several blocks away, in the lobby of the World Financial Center Plaza, Occupiers were arrested en masse by police for trespassing and disorderly conduct after disrupting the center with chants. (Gothamist had the arrest count at 68, though the NYPD only confirmed 17.)

The World Financial Center, by the way, is owned by Brookfield Properties…the same owners of Zuccotti Park. It’s unclear if this was the same group as earlier, but if they are, we have to wonder…what happened to the evil squid puppets?


(All Photos via Stephen Dewer)