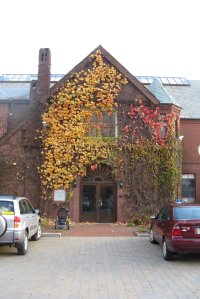 After nearly four decades as director of the Fitchburg Art Museum, in Fitchburg, Mass., Peter Timms announced that he will step down in one year. Though no one keeps official tallies on these sorts of statistics, Mr. Timms, 69, is believed to be the longest-serving museum director currently in power in all of New England, according to ArtDaily.

The Sentinel and Enterprise reported some of Mr. Timms’s career accomplishments, which include increasing the museum’s annual budget from $50,000 a year when he started back in 1973 to $800,000 a year today, and acquiring a print of a 1907 photograph by Alfred Stieglitz called The Steerage that was made on Japanese tissue. Only eight such pieces are known to exist in the world.

The Fitchburg’s collections include iconic paintings by John Singleton Copley and Joseph Wright, lithographs by Albrecht Dürer, watercolors by Charles Burchfield, as wells as photographs by Bernice Abbott, Charles Sheeler and Walker Evans.

“It is with a bittersweet awareness of life’s changes that I announce I will report to you just once more,” Mr. Timms said at the museum’s annual meeting. “It’s a great sadness, but it’s time that another chapter in the museum’s life begins.”