“Lines on a map do not change the need to continue the fight to expand opportunity for all Americans; get our economy back on track; protect middle class taxpayers, seniors, and families; stop those who would end Social Security and Medicare; and to keep our beloved nation safe,” Rothman said. “I look forward to continuing the fight for these values. In pursuit of that fight, I am looking at all my options as a result of the new map. I will make an announcement about my plans in the near future.”

A source not connected to Rothman’s camp said the newly constructed District 9, where U.S. Rep. Bill Pascrell would assume incumbency, consists of registered Democratic voters, 61 percent of whom are currently represented by Rothman. In the new District 9, Pascrell only retained 39 percent of his former Democratic constituents, according to the source’s data. A matchup between Rothman and U.S. Rep. Scott Garrett would yield a 53-47 advantage to the Republican, the source said.

“It is a privilege and high honor to serve my district, New Jersey, and my country as a United States Congressman,” Rothman said in an email, “just as it was serving my neighbors and friends as an elected mayor and judge, for a total of nearly 25 years. My life has been committed to public service and to representing all my constituents.” 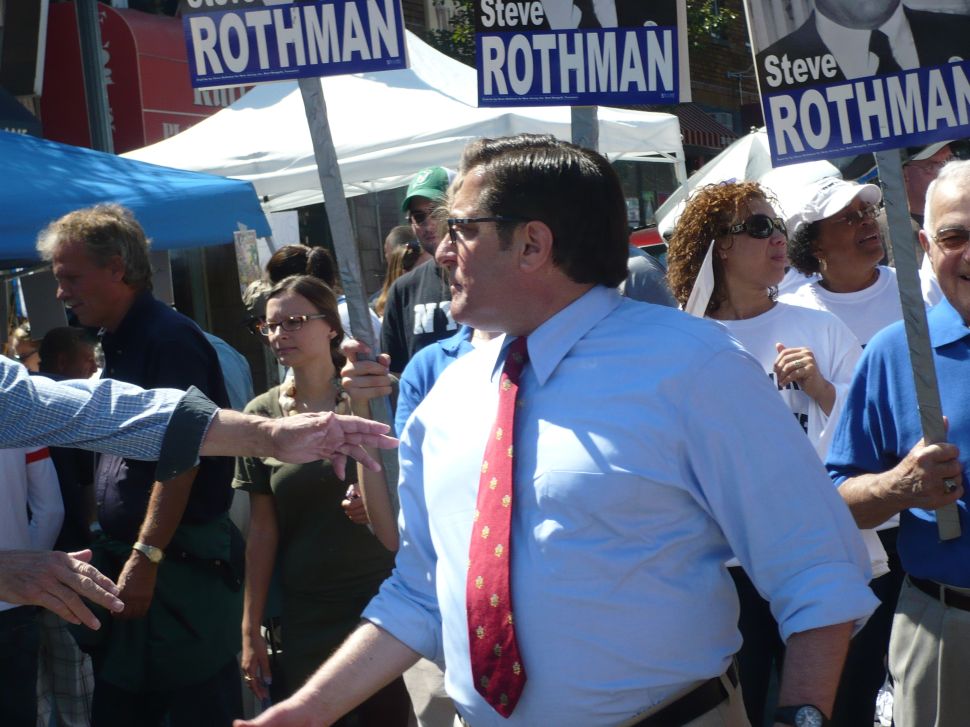