Last week, two Long Island high school students were suspended for organizing a school-wide Tebowing, that meme-with-a-Jesus-theme, in honor of quarterback Tim Tebow‘s habit of taking a leg to God after touchdown.

The Denver Bronco came to the aid of Connor Carroll and Tyler Carroll, saying:

“You have to respect the position of authority and people that God’s put as authority over you…So that’s part of it and just finding the right place and the right time to do things is part of it, too. But I think it does show courage from the kids, standing out and doing that, and some boldness.”

Wonder if those high school students disciplinary infraction is going to lead to more money going into pro-choice programs.

Meanwhile, there’s nobody to take the side of the 32 Brooklyn teenagers who were caught sexting (that’s still a thing?) at Edward B. Shallow Junior High School high school last year, and were suspended due to a new no-zero policy regarding sending sexually suggestive images or words over their cell phones. Since what consists of sexting is still a sort of gray area, members of the New York Civil Liberties Group have taken it upon themselves to make statements on how the parents, not the school, should be monitoring their children’s sexual cell phone activity. 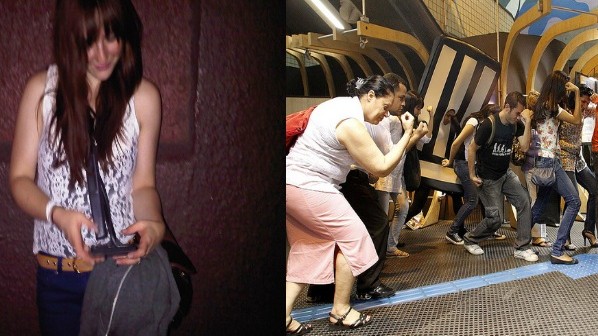