One of the several items you receive after hooking up with the Yankees star!

While our comment board is going crazy (almost as crazy as that investment banker) over whether or not a man should pay for dinner if its unclear whether or not he’ll be getting some action later in the evening, there’s one man who still abides by those traditional forms of courtesy. You know, like paying a woman after sex–but not actually paying her, because that would be gross–but paying her with free stuff.

That man is Derek Jeter.

The Yankees heartthrob, whose breakup with Minka Kelly earlier this years counted as news to New Yorkers, despite none of us knowing who Minka Kelly was. (Is she a Gossip Girl character?) Now, only four months later, Mr. Jeter is wining, dining, and screwing people in his penthouse of the Trump Hotel…and then sending them home with gift baskets! Including a signed baseball that will remind you, every time you look at it, of what a stud and gentleman Mr. Jeter is.

One ungrateful lady complained was apparently miffed after she slept with Mr. Jeter twice–twice!–and received a gift basket both times:

“This summer, he ended up hooking up with a girl who he had hooked up with once before, but Jeter seemed to have forgotten about the first time and gave her the same identical parting gift, a gift basket with a signed Derek Jeter baseball,” the pal said.

Those signed baseballs, by the way, sell for hundreds of dollars on the Internet. So maybe we should all just try to sleep that much harder with Derek Jeter, not that we haven’t been trying really, really hard this year. 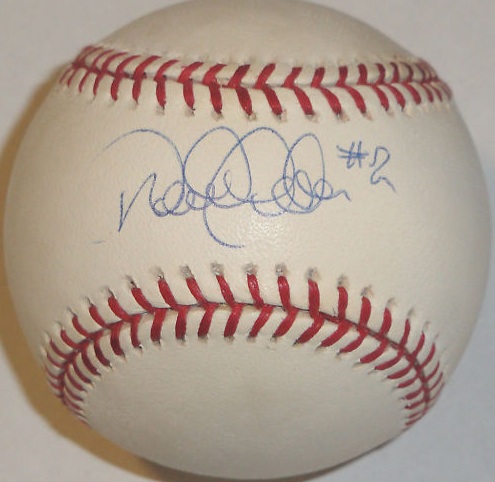