Mayor Bloomberg doesn’t do a tech ribbon cutting with reminding us that immigration is critical to our tech sectors future. And prominent venture capitalist Fred Wilson has written time and again about the importance of foreign workers in tech and the Startup Visa Act.

But over on the West Coast, they are doing some balls-out crazy stuff to make this happen. Blueseed, for example, a company backed by billionaire Peter Thiel, is constructing a floating city that will drop anchor 12 miles off the California coast. Transient techies will work on the boat by day, then head back to San Francisco to live by night, meaning they can avoid laws preventing immigrants from working at U.S. companies.

Ok, couple things startups are going to need to survive:

“We’re testing out a few ideas,” Blueseed CEO Max Marty told Wired. “We’ll need a stable and low-latency bandwidth connection to the Internet. Cruise ships have not done this well, relying on satellite which is slow, and the price is significantly higher than it is on land. A laser could be good, but is susceptible to fog, which is bad in the Bay Area. We’re considering running an undersea cable from ship to shore, but it may be be cost prohibitive.”

A laser beam of internet access cutting through the Frisco fog would certainly make a great symbol. Like a bat signal for innovation.

Like most incubators, Blueseed will ask for equity in exchange for giving startups a share of this oceanic co-working space. They are still debating the merits of a barge versus a cruise ship, but luckily for the company, we’re in a down market for cruise ships, with many tourist fleets docking some of their big boats, so they may be able to secure the vessel on the cheap. “No matter what we go with, we want to be the Googleplex of the sea,” Blueseed president Dario Mutabdzija told Wired. Well, at least they’ve got the branding down. 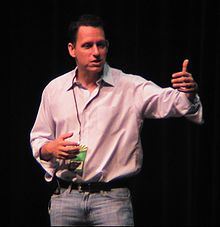