By far, the best thing Saturday Night Live has brought us in the past two years has been Bill Hader‘s “Weekend Update” character Stefon: the club promoter/city correspondent whose ideas for “family fun” usually involve some combination of terrifying dungeon imagery, punny drag queen names, and politically incorrect uses for “midgets.” (Their word, not ours.)

That’s why this holiday season, the best gift you could get is one sent to you by the cast and crew of Saturday Night Live, featuring Stefon in the set of the Norman Rockwell “Freedom From Want” painting.

This was first put online (to the best of our knowledge) by theater publicist Aaron Meier, who received one of the cards and put it on Tumblr, where it was subsequently picked up by Mediaite.

For a larger photo, check below. And then forward to all your friends and family, because this picture definitively answers the question “Buh-whaaa?” We like to imagine this is what Stefon goes home to every year, and that shocked reaction is realizing that the hottest club in the world is the one you find at the holiday table. (Awww!) 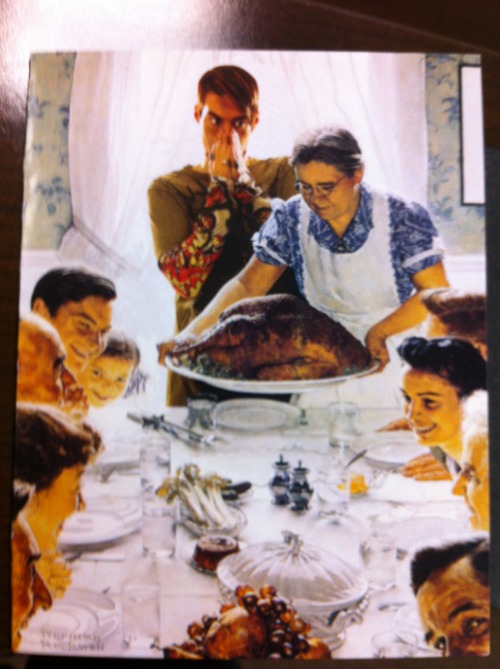