In response to state Sen. Kevin O’Toole’s (R-40) call on state Senate President Steve Sweeney (D-3) to suspend senatorial courtesy for Essex County, Sweeney put the focus back on Gov. Chris Christie’s decision not to file nominations in the case of six judges.

“There has been agreement on 6 judges for Essex for a year, which the governor has refused to move on and file nominations for over Cerf. There’s agreement on those judges. They could be seated and working by the end of the year.”

Cerf is a reference to acting Education Commissioner Christopher Cerf, whose nomination has been blocked by Sen. Ron Rice, (D-28), Newark. 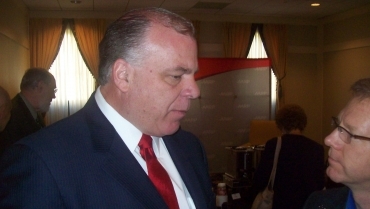