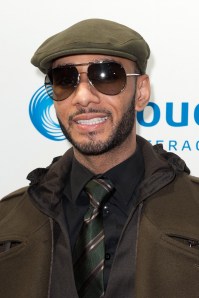 Swizzy apparently counts dealer Tony Shafrazi, ex-dealer Jeffrey Deitch and artist Peter Max among his friends, and recently obtained the rights to reproduce Jean-Michel Basquiat works on apparel. The lifelong New Yorker says he’s always had a close association with the art world and his gallery ambitions will be an attempt to shape it:

“‘I want my gallery to be for young up and coming artists from around the world that people wouldn’t easily discover,” he says. ‘I feel like I found the new [Andy] Warhol in Japan, the new [Takashi] Murakami in Hong Kong—not to compare their work so much but as far as [their] thinking outside of the box. I found a couple of sick artists in Africa, in Mexico too.’”

Anyone familiar with his music catalogue knows that he certainly has an eye for talent. Color us intrigued!