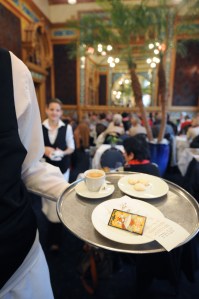 The cream of the crop. (Frank Perry/Getty)

As 2011 comes to a close, Gallerist has been looking back on what has occurred in the art world in this year—the shows that thrilled, the people who died, the prices that were made. To conclude our year-end coverage, we asked our writers and editors to pick their articles of the year, particularly those that did not make the site’s list of the 25 most popular posts of 2011. Their selections are listed below. Thank you for visiting. See you in 2012.

“The Elephant in the Room: Maurizio Cattelan Is Retiring … Sort Of”
November 1, 2011 | by Sarah Douglas

“‘After Shelley Duvall’: Bjarne Melgaard on Curating at Maccarone”
October 21, 2011 | by Andrew Russeth

“A One-Sentence Review of Lola Schnabel’s Paintings at the Hole”
December 19, 2011 | by Michael H. Miller