NEW BRUNSWICK – In day one of Congressional redistricting, sources said guidance from the 13th member was fairly straightforward: the win-or-go-home face-off will happen in the “north,” according to two sources close to proceedings.

Also, John Farmer Jr., the former state attorney general and current tiebreaking vote, implored both Democrat and Republican representatives to continue with an “open” process. Farmer has given both sides the directive to work from the maps that have been submitted – that is, no last map surprises. Both sides are expected to submit a second map to Farmer tonight.

The initial proposals from each side were based in the “north,” even though no working definition has been recounted, although each also paired two members of the opposing party against one another: U.S. Reps. Scott Garrett (R-5) versus Leonard Lance (R-7) and U.S. Reps. Bill Pascrell (D-8) versus Steve Rothman (D-9).

Observers have opined on whether Farmer would mandate a Republican-versus-Democrat “fair fight” district, but on day one he did not, sources said. One source did say Farmer hinted that an R-versus-D match-up could be the fairest way to settle the partisan exercise.

According to several sources both inside and outside the reidstricting process, the Garrett – Rothman scenario would make sense, given the proximity of the districts. Some sources say Garrett has few allies among state Republicans, while Rothman is a likely choice over Pascrell because Pascrell has an ally on the commission in former staffer Ed Farmer. It’s unknown if a so-called fair fight district would be drawn to favor Republicans or Democrats.

Gov. Chris Christie, who said he was going to be less hands-on than he was in legislative redistricting, was not at the Heldrich Hotel today, but Deputy Chief of Staff Bill Stepien was seen at the event.

Christie made headlines during last spring’s legislative redistricting process by showing up at the Heldrich, purportedly to exhort his troops and possibly sway the vote of 11th member Alan Rosenthal. Reaction to the governor’s visit was mixed with Democrats claiming it hurt the GOP’s chances and Republicans claiming the governor had every right to be part of the process.

Rosenthal himself said Christie’s visit was okay with him. 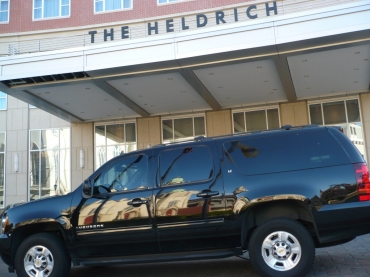