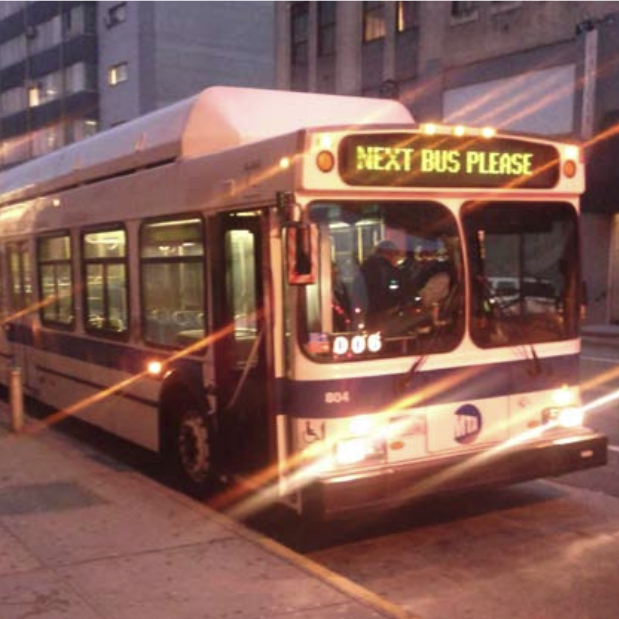 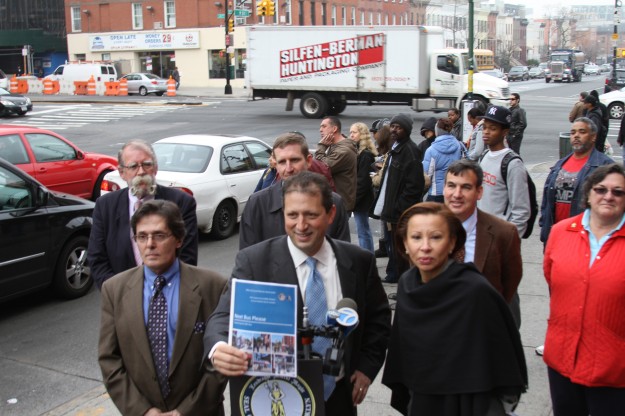 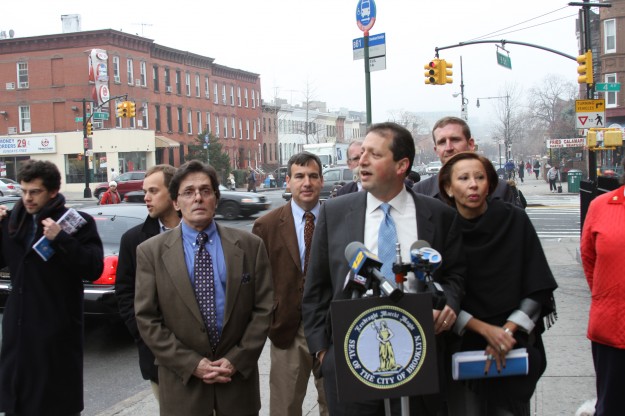 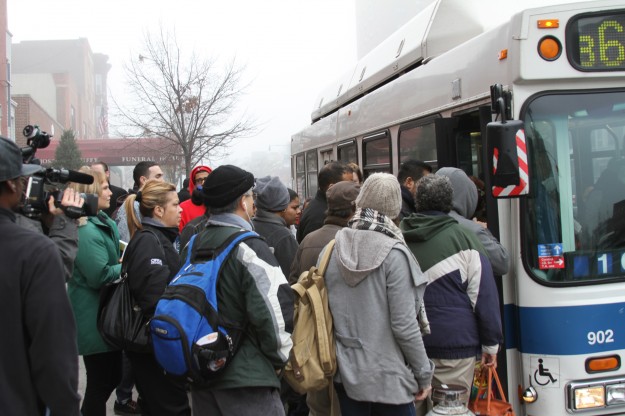 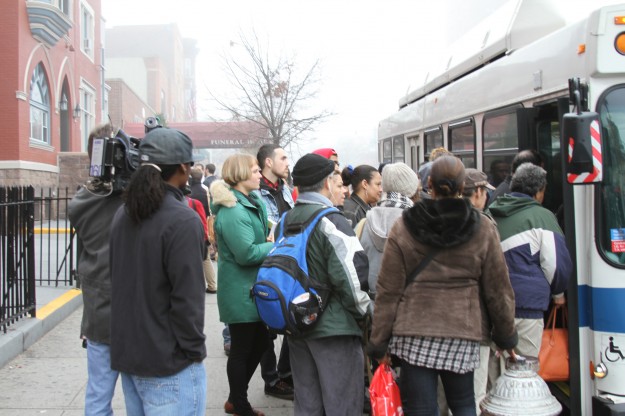 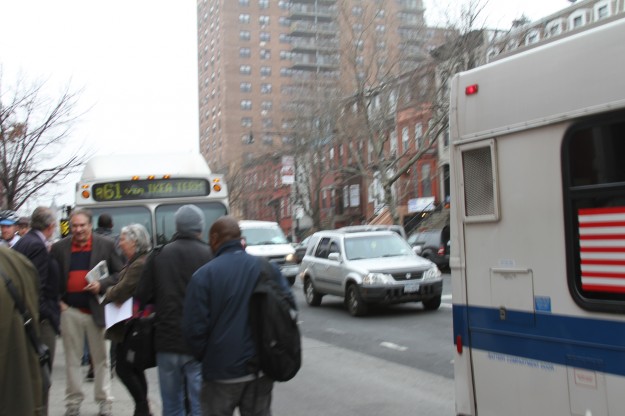 Yes, that's right, you wait and you wait, then two at once ! 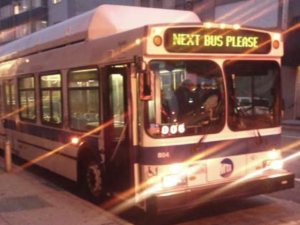 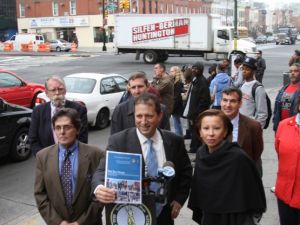 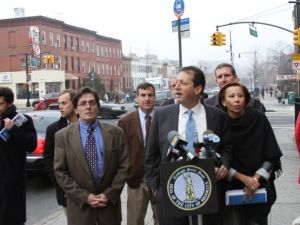 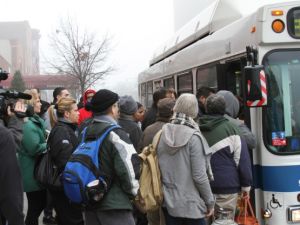 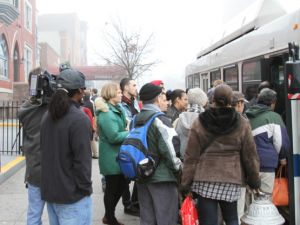 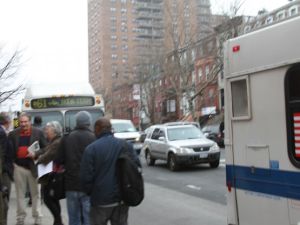 How many buses must be plodding along the streets of New York right now, showing up late, freezing out their riders as the weather turns toward winter? Too bad for those riders they do not have warmhearted elected officials preparing reports on their behalf. A pack of Brooklyn pols convened at a B61 bus stop at the corner of Fourth Avenue and Ninth Street in Park Slope this morning to take the M.T.A to task for failing riders of this lonesome shuttle.

“The results are clear and dramatic,” said Councilman Brad Lander, whose office produced the report. “More than half of B61’s don’t arrive on time during rush hour, that’s unacceptable and is failing riders.” The report, entitled “Next Bus Please” harnessed a gang of volunteers to gather the information during the three month period of July to September this year, surveying the peak hours.

A bus failing to arrive on schedule may not be like a unique occurrence, but for riders of the B61, the problems are particularly acute. Last summer four bus routes in Red Hook were closed, with the only consolation being the extension of the B61, and you don’t have to be a mathematician to work out what a longer route, plus fewer of buses, equates to.

“There is a lack of transportation for the people of Red Hook, these people are taxpayers and they deserve to be treated like everyone else”, Congresswoman Nydia Velázquez said through shivering teeth—waiting for the bus on a cold day like today is no pleasure. Those that rely on the B61 route are currently faced with two public transport options to commute to the city either, wait on a bus or use the $5 Ikea Taxi. With the recent closure of Smith Street subway station, matters have only grown worse.

Some of the suggestions listed in the report are to add more peak hour services; after this happens apply a limited-stop service to help riders get to their subway connections faster; and equip B61 buses with the M.T.A.’s Bus Time, a pilot program that uses GPS to provide real-time tracking of buses, so riders know when the bus will be arriving..

“Next we give this to the transit authority and sit down with them and see what we can do to fix this” said Mr. Lander.

“These recommendations are not pie in the sky, they’ve been applied on other routes and have shown to help the 2.4 million riders in this city,” Paul Steely White of Transportation Alternatives said.

As the representatives and advocates spoke, behind them not one bus arrived, no doubt a scenario that was in the minds of the organizers when they planned to hold the conference at the stop.

Some of those in wait were regular users of the route. Angel Martinez told how he seems to be “waiting all the time”, and how quickly the bus fills up when it does come. “It’s frustrating, because sometimes you got to wait for the next one because it’s so full,” he said.

Rob Esposito takes the B61 in from Bensonhurst to go and take care of his aging uncle, he told The Observer. “You’ll have grey hair by the time the next one comes,” he said.

Just as the Observer was about to leave the stop at Forth and Ninth avenues, the irony of all ironies occurred: Two buses came at once.