The low-key DuHaime led the Republican team to a decisive win, in the process earning the praise of the governor and the thanks of statewide Republicans.  The presence of DuHaime, along with Democratic counterpart Joe Roberts, kept the process civil throughout.

Once rumored to be on the block in a potential combined district with Democratic U.S. Rep. Rush Holt, Lance came out of the process with a far friendlier district after picking up several GOP enclaves in Hunterdon and Morris Counties.

Thanks to readers for pointing this one out.  Holt hits the W list for the same reasons that Lance does.  Early talk focused on a Holt/Lance face off, but instead Holt walks away with a district that is four or five points better for him.  Holt traded Monmouth County for more of Middlesex County and grabbed Plainfield and all of Trenton as well.

The freshman representative from the 3rd District woke up Friday morning in a district that no longer includes Cherry Hill, a town that he lost in 2010.  Runyan also escaped the possibility of a challenge from the wife of former Democratic  U.S. Rep. John Adler, who according to sources had been the front-runner take on the Republican in November.

The New Brunswick hotel was the site of both the legislative and congressional showdowns, in the process booking blocks of rooms and gaining more free publicity than a Kardashian.

The departure of Steve Rothman into the 9th District makes room for another Democrat on the bench to take a run at Garrett.  It’s likely a suicide mission, but with Obama on the ballot the dynamic could change quickly.

Rothman is the obvious loser in the process.  Rather than being given a fair fight with U.S. Rep. Scott Garrett, where he could have used the expected Obama turnout surge to win the district and in the process sent the most conservative member of the delegation packing, he was shoe-horned into a virtually no-chance district with only a smattering of his former constituency.  He’s now left to fight an uncertain and unpopular primary against U.S. Rep. Bill Pascrell, which will be good for neither candidate – not to mention the party.

The story line headed into redistricting had Pascrell on the protected list by virtue of an insider on the commission in the form of former staffer Ed Farmer.  Pascrell walked away with a district that is more than half new and a primary fight on his hands that at the very least is likely to get bloody.  His challenger is already out with an impressive list of backers and will be forced to begin his campaign long before he’d hoped.

The Bergen County Democratic Organization chairman was just handed a civil war between two 15-year representatives and the possibility that the one he knows best – Steve Rothman – could go home a loser.  Stellato is all in, so keep an eye on how this unfolds as the BCDO chief could come out stronger than ever.

Granted the newly redrawn district favors the conservative congressman by roughly four points, but let’s face it, his party tossed him into a combined district where any number of things- including a primary challenge from a moderate Bergen County Republican – could go wrong.

As we’ve discussed above, the Rothman-Pascrell primary helps nobody on the Democratic side, but like Stellato, Currie could lose the man who has represented Passaic County since the mid-1990s and be left with nobody from the county to represent his interests. Instead, he’d be left to deal with a Bergen County Democrat and Republicans in the 5th and 11th.

Within minutes of tie-breaker John Farmer Jr.’s decision to go with the GOP’s map, the sour grapes began.  Tweets began the inevitable discussion of Farmer’s political ties (he was the AG under former Gov. Christie Whitman) and a whisper campaign was instituted over Farmer’s alleged friendship with Leonard Lance. One prominent Democrat (not associated with the commission) even went as far as to suggest hiring a private investigator to help expose the alleged ties between Farmer and Lance. But what the sore losers failed to acknowledge was that Farmer was a consensus pick by commission members from both parties and was agreed to by the Democratic delegation. 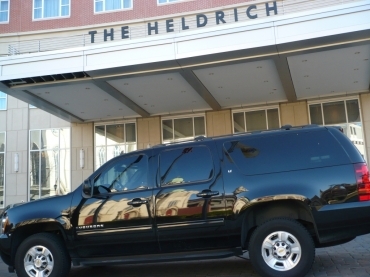