He yelled at a man who identified himself as a Vietnam vet and tried to prop up a sinking Mitt Romney, but still, alongside Jon Corzine, the GOP governor looks very good right now. His predecessor’s flailing in the meltdown of MF Global gives Christie a point of contrast worthy of a win. All Christie had to do was walk around to earn a win with the Corzine headlines deadening the atmosphere.

The veteran Hunterdon County Republican chair appears to be the early establishment beneficiary of an LD 16 deal that would give a vacant Assembly seat to Hunterdon County. Hunterdon Freeholder Will Mennen announced his candidacy this week and would have to get through fellow declared canddiate Bill Spadea of Princeton but appears at this point to have an organizational edge.

The conservative populist, Ron Paul backer and one of Corzine’s fiercest critics received traction toward a U.S. senatorial run this week with his anti-Wall Street message when Corzine foundered in front of a House Committee investigating the collapse of MF Global. “Following the catastrophic, cascading collapse of major investment banks on Wall Street in 2007, which caused the current global economic recession, the United States Government held no one accountable,” Doherty railed. “Nobody was prosecuted, no hearings were held and no reforms were implemented.”

The LA Times and The Minneapolis Star Tribune

The loss of two solid reporters – Chris Megerian and Mayo Rao from the Star-Ledger and the Philadelphia Inquirer respectively – is the gain of two other papers of record.

The former New Jersey governor received a crushing round of headlines after he told a Congressional Committee that he didn’t know what happened to $1.2 billion in customer funds lost when MF Global went belly up. It was Greek tragedy at a microphone when Corzine tried to connect with an angry midwestern questioner by saying that, after all, his father had been a farmer.

The state AG’s Office this week bagged the suspended East Orange health inspector on charges that he accepted a $1,000 bribe from a local grocery store. Law enforcement authorities said that in exchange for the bribe, Moochi overlooked health code violations.

As the governor brawled with state Sen. Ronald L. Rice (D-28) this week over his appointment, Cerf appeared no closer amid all of the clamor to being formally seated as more than simply New Jersey’s acting commissioner of education. 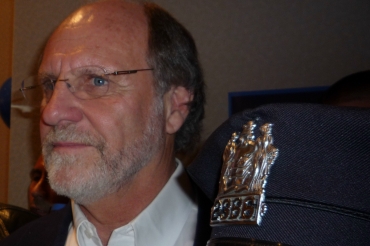