Never one to shy away from the IRL controversy of its stars, last night’s 30 Rock devoted a whole episode to Tracy Morgan‘s now-infamous homophobic stand-up set in Nashville last Spring, which he’s since apologized for.


A GLAAD spokesman has already commented to The New York Times about the episode, saying “I thought it was hilarious. We’ve been called worse than trash bag manufacturers and look forward to seeing the second part next week.” Guess this means he won’t be fired after all.

We’re looking forward to Jack Donaghy’s inevitable clash with an unnamed airline after he refuses to turn off his phone during take-off because he’s too busy playing the addictive iPhone game “Words with Business Associates.” 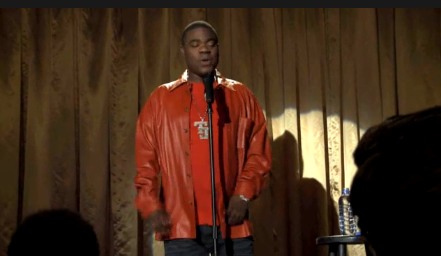