Yesterday, Mayor Michael Bloomberg held a press conference for the 100th episode of Gossip Girl.
“I just don’t see how Blair could marry Prince Louis when she’s clearly in love with Chuck,” said the New York mayor, who has nothing bigger on his plate to worry about right now. “I just wish that Nate and Vanessa had been able to work things out… But again I’m just a casual fan.”

By itself, this might have been an irreverent, fun comment, written by one of his younger staffers. But look more closely, and it becomes clear that Mayor Bloomberg is, in fact, a 16-year-old teenager on the verge of womanhood.

1. Gossip Girl: OMFG! The fact that we can’t even verify if Mayor Bloomberg was up to date on his Vanessa/Nate romance (didn’t she leave the show awhile ago?) confirms that we are not young women obsessed with Chace Crawford. But the mayor of New York City just very well might be.

2. An obsession with Lady Gaga: He kissed her when the ball dropped on 2012, ensuring a shout-out to her “favorite little monster” in Gaga’s next YouTube video. Skweeee!

3. He’s on FourSquare: Seriously. He’s collected 8 badges too, which isn’t a lot, but his “tips” definitely include a Shake Shake run. 4. His “Check In” to the Smash premiere party last night: The NBC show (premiering after the Superbowl, for all of you that have forgotten the show’s already ubiquitous promos) that offers a “backstage glimpse” into the world of Broadway theater doesn’t exactly strike us as a high-brow, serious drama. It looks more like, um, Rent. Meets Showgirls. Meets that Christina Aguilera film Burlesque. And Mayor Bloomberg already loves it!

5. He keeps a diary: When you come down to it, what’s the difference between a teenager with a Tumblr and editorials in Bloomberg View? Well, the latter probably has less readers. It’s like a secret diary! Next thing we know, his column is just going to start being adorable cat pictures. It will most likely be an improvement. 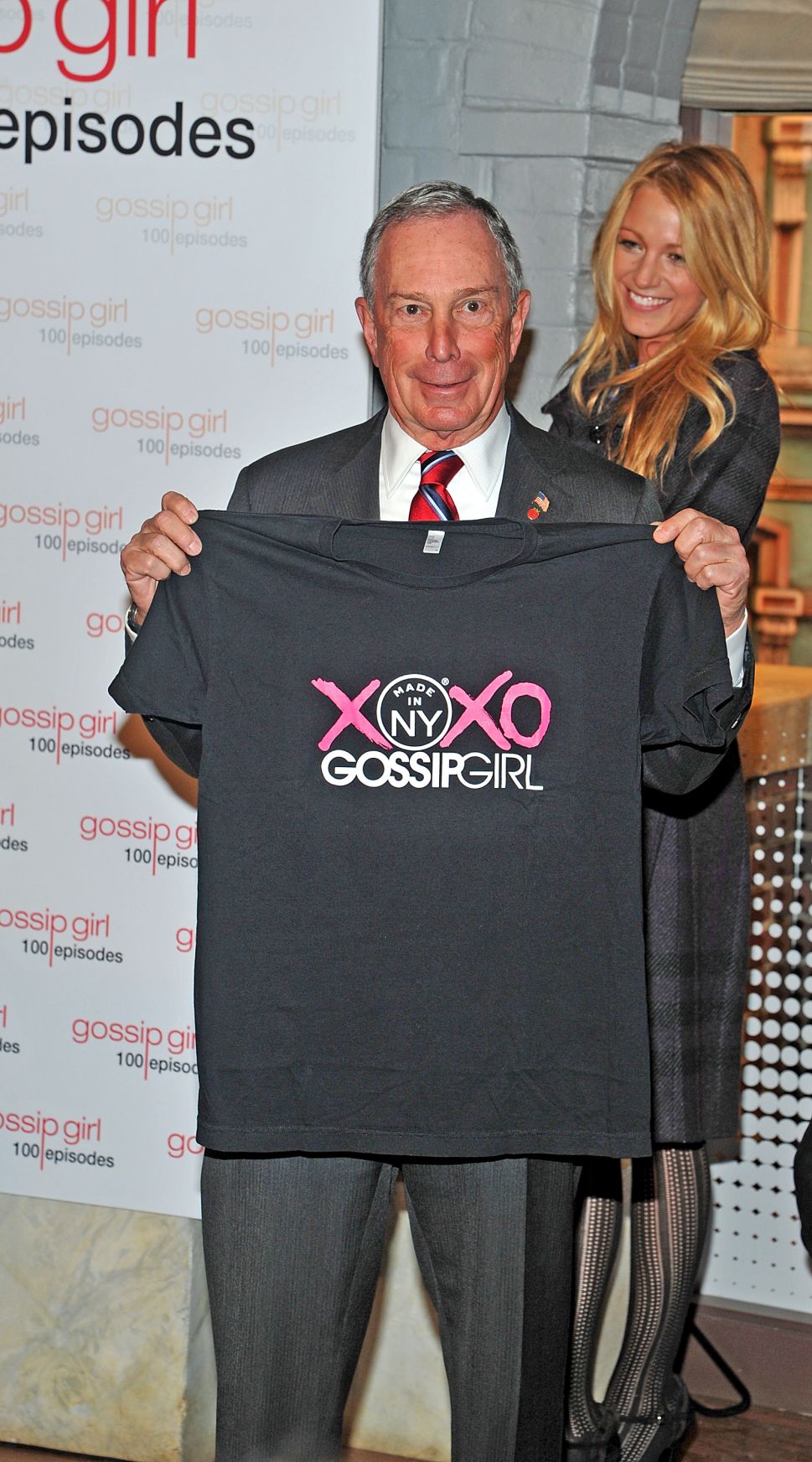