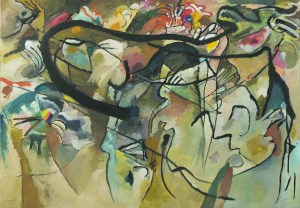 Art collecting is an area in which, to paraphrase Fitzgerald, the mega-rich are different from you and me. Ronald Lauder, Neue Galerie cofounder (along with dealer of Austrian and German Expressionism Serge Sabarsky), was born in the Bronx to beauty magnate Estée Lauder. It’s edifying to see his personal collection now on view in celebration of the museum’s 10th anniversary, in a spectacular display of what, for better and worse, happens when you can buy the best of everything.

Let’s start with the tough stuff, because that’s where Mr. Lauder started. In his 20s, inspired by the Metropolitan Museum, he started a collection of arms and armor, and bombastic, duck-toed suits of gleaming metal guard the exhibition’s first gallery in all their baronial splendor. Dozens of swords, maces and daggers, a war hammer and a nasty-looking instrument called a falchion menace and bristle from various vitrines.

Eleven helmets in a row are the most visually arresting pieces: most are Austrian or Italian, some made for Emperors and Archdukes in the 15th and early 16th centuries. One helmet from Innsbruck, circa 1515-20, attributed to Konrad or Hans Seusenhofer, has a theatrical face embossed on its steel surface, with eyelashes and mustache picked out in imaginative detail. Others are as smooth and abstract as modern sculptures, their organic forms echoed in Brancusi sculptures upstairs.

Above this headgear, six paintings by Cézanne are clustered, salon style. There is an extravagance to this display. To mix arms and armor with Post-Impressionism is an eccentricity reminiscent of the Barnes collection, that museum-in-a-mansion outside of Philadelphia. The paintings are hung high and are difficult to see; still, it’s a rare chance to glimpse Still Life With Drapery and Fruit (1904-06), or the early, famous Picnic on the Grass (1869-70), in which moodily lit, eerily still picnickers and their dog contemplate a repast of three bright oranges.

The next gallery features Austrian art from the first decade of the 20th century. These psychological portrait paintings are the guiding spirits of the Neue Galerie collection, among them Peter Altenberg by Oskar Kokoschka (1909) and Gustav Klimt’s Portrait of Adele Bloch-Bauer (1907). The oil, silver and gold painting of Bloch-Bauer is always in the same spot in the museum, the paintings changing around her with the room displays like patrons in a crowded café.

Mr. Lauder’s collection of Weiner Werkstätte is the largest outside Vienna. Several vitrines of applied arts include brooches and necklaces by Joseph Hoffmann and Koloman Moser circa 1904-12. Most of them are squares inlaid with agate, coral, lapis lazuli and diamonds, studies in the designers’ commitment to unembellished forms paired with extravagant materials. Joseph Hoffmann’s silverwork, from the same period, shows the ethos of his era: functional, modern design, elegantly stripped of ornamentation.

The Group of Seating Furniture for Ladislaus Remy-Berzenkovich von Szillas and Margarete Hellmann (1904), a couch and chairs in stained black wood and green upholstery by Koloman Moser, rounds out this elegant instantiation of the museum at its best. Such displays combine applied art and painting, resulting in an intimacy and aesthetic totality of detail that puts to shame the comparatively sterile, traditional white box display.

Much of the postwar work upstairs is by German artists on Austrian themes. It is spectacular but overdetermined. Anselm Kiefer’s lead-on-photo-paper portrait of Empress Elisabeth of Austria kicks off this subset of the collection, along with a Gerhard Richter painting of Freud (Study for Serial Number 324 (Freud), 1971), and another Richter of a blurred deer in a forest (Stag, 1963). A Sigmar Polke (Japanese Dancers, 1966) rhymes with Klimt’s The Dancer (1916-18) downstairs, Polke’s layered, capitalist realist polka dots in contrast with Klimt’s dreamy Japonisme in pinks and greens. Beuys and Baselitz round out the classic contemporary art Mr. Lauder collected during the 1980s and ’90s. This contemporary grouping shows Lauder at his most conservative: he rarely bought art made in the years he was buying, preferring the vetted work of a few decades earlier.