Changing tactics after the abysmal failure of their sponsored hashtag campaign on Twitter, McDonald’s has now released their quarterly reports that indicate that most people consume their burgers and fries between midnight and 5 a.m. It’s a brilliant statistic to release, since it’s basically McDonald’s gloating that despite what everyone says about them, they’re still the go-to meal for late-night drunks.

Bonus footage: The awkward banter between ABC’s World News Now cohosts Paula Faris and Rob Nelson. Does he really not know what an Angus Burger is? Did she really just make a “I love meat in my mouth” comment? They’re like ABC’s version of Kathy Lee and Hoda. 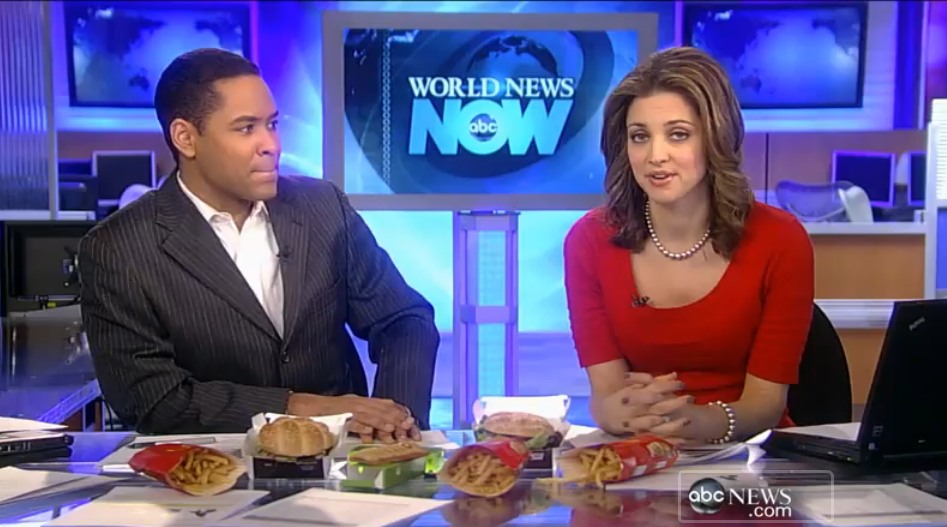