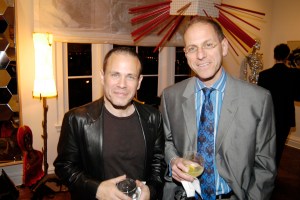 In a statement, Mr. Schwartzman championed the leadership of director Stefan Kalmar, saying that the institution is “finding new relevance to artists and audiences in an evolving cultural climate.”

Igor DaCosta, who had previously served as president, will now become vice president. And what of the rest of the executive board? Chelsea gallerist Lawrence Luhring is treasurer and artist Liam Gillick is secretary.

Update, 4 p.m.: Just a reminder that Artists Space is inaugurating a new venue, Artists Space: Books & Talks, in March at 55 Walker Street, and will be presenting talks and symposia in conjunction with the 2012 Whitney Biennial.