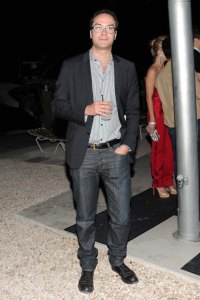 Andrew Goldstein will serve as the editor in chief for art-sales website Artspace, the company announced today. Mr. Goldstein has served as the executive editor for Louise Blouin’s Artinfo news site for the past two years, and joins his new company just as it received a $2.5 million investment. The New York Times’ Randy Kennedy had the scoop.

Mr. Goldstein will be replaced at Artinfo by longtime deputy editor Ben Davis.

“Working with all of you has been the great privilege of my career, especially you splendid Artinfo guys and girls, and I’ll miss you,” Mr. Goldstein wrote in a staff-wide farewell note today. “But the truth is I’ll probably see you around all over the place. In any case, thanks for everything—and thank you, Louise, for the opportunity to help build your site into something that people all over the world want to read every day.”