We don’t know how the NYPD allowed this footage to be released, but here’s Nick Poe— artist, SoHo loft-dweller (as well as son of No Wave director Amos Poe)–undergoing a series of sobriety tests at New York’s 7th Precinct in Chinatown after being pulled over for driving under the influence.

So even while passing every test (including blowing just under the legal limit for the Breathalyzer of .07%), Mr. Poe still had to spend a night in Central Booking, had his license put on probation for 90 days, and was forced to pay $1,000. Seems like those mini-cheeseburgers didn’t do the job after all. 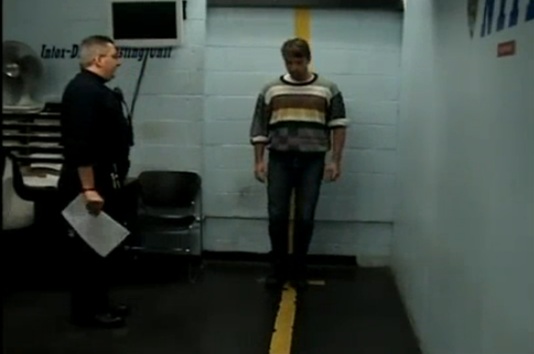