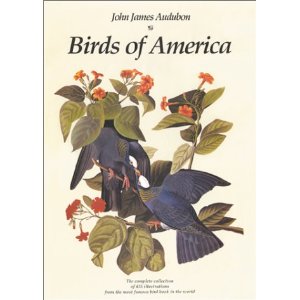 Christie’s Americana Week made a total of $24.8 million in sales, according to a press release. The result is the highest gross for the market since 2007.

Christie’s held six Americana sales January 19-24. The final one, on Tuesday afternoon, made just over $1.1 million and offered 160 lots. The highlight of the week at Christie’s was John James Audubon’s The Birds of America, the artist’s portfolio of original drawings compiled in 1826. It fetched just over $7.9 million.

The Art Newspaper wrote earlier today that the week, which also included sales at Sotheby’s, The Winter Antiques Show at Park Avenue Armory and The Metro Show at the Metropolitan Pavilion, was “uneven.” One dealer on the floor at the Park Avenue Armory told The Art Newspaper “there will be an adjustment in collector interest” in the market since the American Folk Art Museum sold its building on 53rd Street to MoMA last year. They moved into a much smaller space near Lincoln Center. The sale of the space, The Art Newspaper reports, was a “common concern.”