“The proposed repurposing of the MTA’s unused building at 370 Jay Street to house the NYU Applied Science Center would be an integral part of the continuing revitalization of Downtown Brooklyn and would also help a New York City educational institutional increase its contribute to education and in technology in our city,” Mr. de Blasio wrote in his letter to the Mayor. END_OF_DOCUMENT_TOKEN_TO_BE_REPLACED 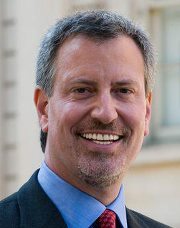