New Yorkers will get smashy.

Yesterday, the New York Post reported on a memo obtained straight out of the Division of Nanny Stateskeeping, the Department of Health’s Partnership for a Healthier New York City. The document outlined a proposal to slash the number of alcohol retailers in New York City with funds from community “transformation” grants (which the Post gleefully identified as born out of the health-care laws President Barack Obama pushed through Congress):

One of the goals listed in the “request for proposal” document to community groups is “reducing alcohol retail outlet (e.g. bar, corner store) density and illegal alcohol,” the document states.

Some ideas are better left unspoken. Naturally, the Post didn’t have a hard time finding people upset at the idea of the Bloomberg administration absconding with their booze. The story was posted at 1:51 AM last night.

Less than thirteen hours later, the mayor’s office has dialed the idea back…to zero. Again, the Post reports (with a picture of Hizzoner swilling a beer):

“One reason the mayor has been successful in office is because we think there are no bad ideas in brainstorming _ and then we weigh them against other concerns. We’re deeply committed to encouraging entrepreneurs to start and expand small businesses in the city,” the mayoral spokesman said.

Another reason the Mayor has been successful in office may be—and this is just an amateur analysis—that he has yet to knowingly institute the kind of mandates that would keep this city from anything resembling functionality and/or tearing itself apart at the seams in a barbaric meltdown reminiscent of something between I Am Legend and Escape from New York. Backpedaling on this policy initiative was—inasmuch as an opinion can be anything other than subjective—the inarguably correct move, here. 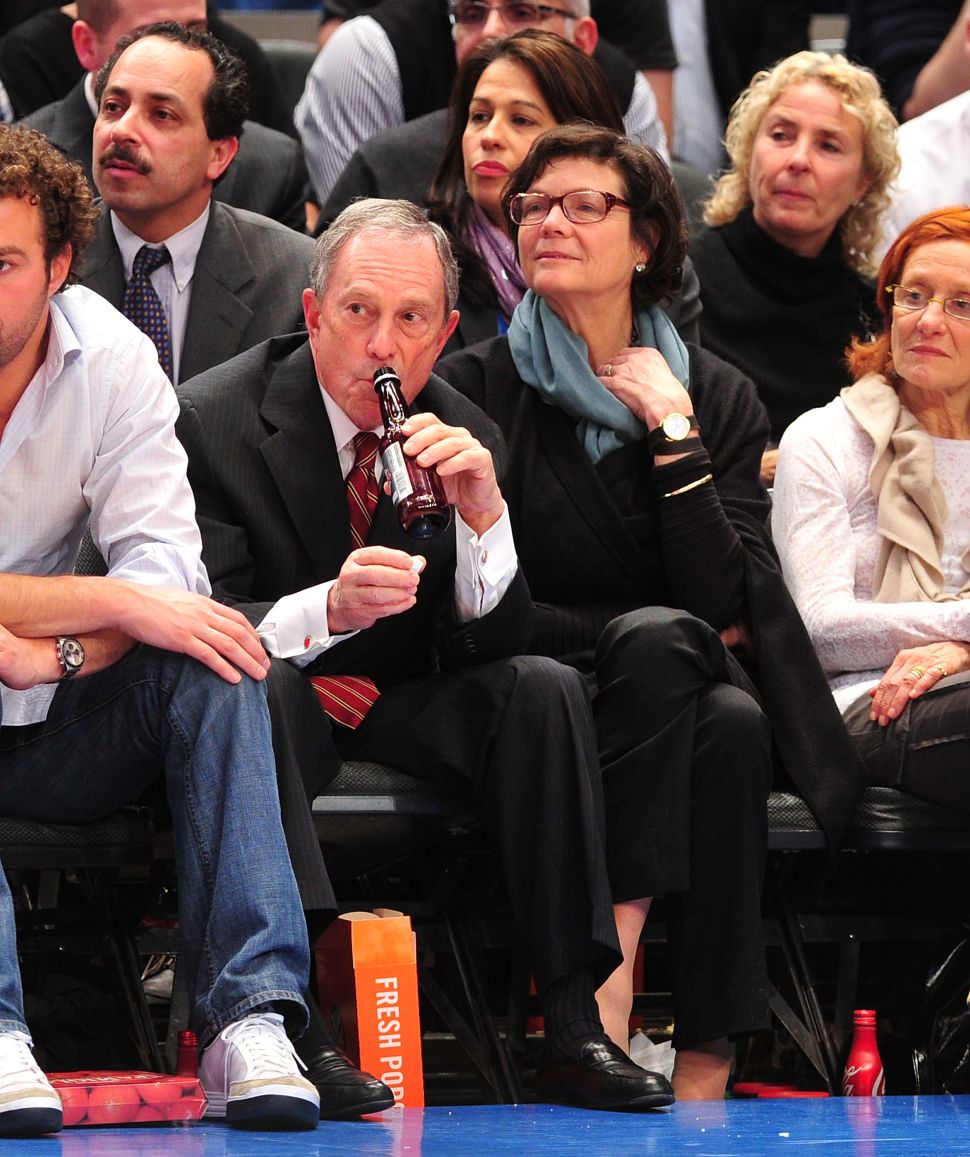