TRENTON -The Assembly’s new Minority Leader, Jon Bramnick of Westfield, in his speech following his swearing-in, urged bipartisanship and a reversal of course from past policies.

“Let’s replace partisanship with statesmanship,” Bramnick told a crowd at the War Memorial.

“Gov. Christie has inspired New Jerseyans and Americans to talk honestly about difficulties in government,” said the new minority leader. “As a proud graduate of Plainfield High School, I accept the responsibilities of the minority leader position.”

“Today, as members we must look forward, but never forget the legacy (of Assembly Minority Leader Alex DeCroce),” said Bramnick of the leader, buried last Friday. 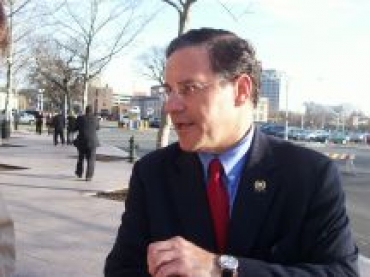