“While Alex’s shoes will never be filled, his Assembly seat must be,” said the attorney, defeated by Assemblyman Jay Webber in a 2007 GOP Primary bid.

“Alex was a friend and a mentor,” said Casha. “He honored us with his service, fighting for all of New Jersey with dignity and passion.  I am better for knowing him.”

As a former legislative aide to Mr. DeCroce, Casha said he needed several days to absorb the loss and collect his thoughts, and planned a formal announcement at a later date.

“Betty Lou and their family need time to be alone to deal with their great loss,” Casha said of Mr. DeCroce’s widow. “I and my wife Debra mourn with them and offer my prayers.” 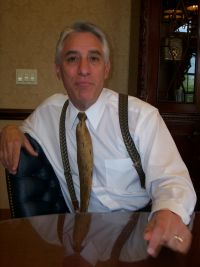