WASHINGTON D.C. – Gov. Chris Christie took the midway mark of his tenure to spotlight his pro-business record at the New Jersey Chamber of Commerce’s annual dinner.

“Single best year of private sector job creation since 2000,” the governor said of 2010. “We stopped the bleeding by stopping the spending. …We are getting money back into your pockets so you can hire so we can get New Jerseyans back to work. It’s time we give money back to the people of the State of New Jersey.”

He reiterated his plan for a ten percent income tax cut across the board phased in over the next three years.

Christie touched on the Democrats’ effort to drive the issue of marriage equality in the Legislature.

“How about saving that until we get everyone back to work in New Jersey?” said the governor, who earlier this week called for a referendum question on same-sex-marriage.

Moments later, the governor referred to “all the games that are being played by people who simply don’t want to admit that we had a better idea and now we’re making it work.”

Christie received an enthusiastic standing ovation at the end of his remarks. 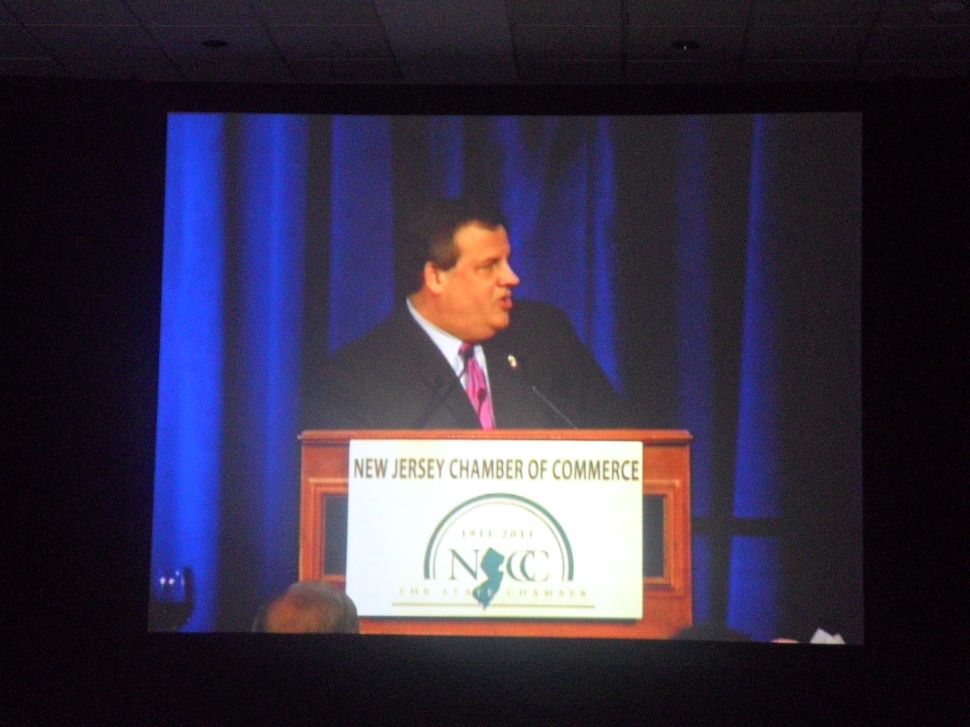