The Atlantia Congressman objected to Christie’s comments bemoaning the absence of a referendum during the 1960’s Civil Rights struggles.

The governor made the remark last week when he called for a marriage equality referendum.

“We would never have won (with a referendum),” said Lewis. “The actions of Congress and executive orders brought down those signs that said ‘colored only’ and ‘whites only.'”

Lewis was on his way to an event with Holt and stayed for reporters’ questions. The press encircled him and escorted him to a waiting car.

“I gave a little blood on that bridge in Selma,” said Lewis, recalling the battering he received on Bloody Sunday in 1965 when police beat peaceful Civil Rights marchers, including Lewis, who was first in line.

The veteran congressman aligned himself with legislative Democrats who want same-sex couples to have the right to marry in New Jersey.

“If two women or two men want to get married, that is a question of human dignity and of human rights,” Lewis said. “The day will come when people look back at this and say ‘we were just silly.'”

Holt approached the microphone after Lewis and amplified the Atlantan.

“For the governor to say a referendum should replace courage – that shows he doesn’t understand history,” said Holt. 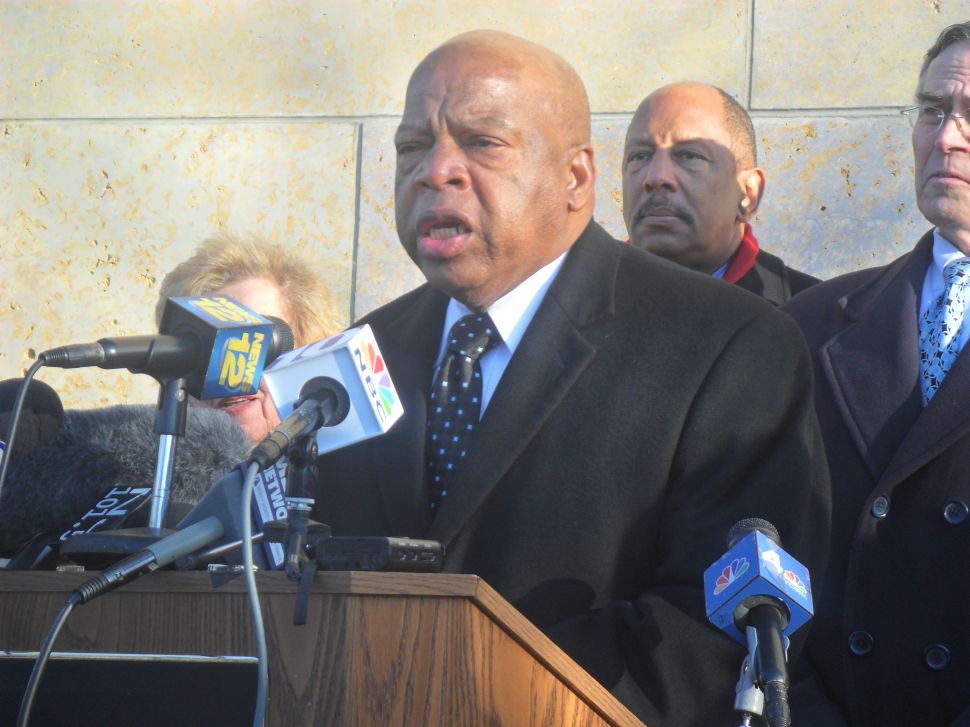