Politically, economically, culturally, globally—except for the elimination of a few unlamented dictators and calling an end to the war in Iraq—2011 had little to offer, and delivered even less. Definitely time to say adios and begin again, with renewed optimism. But before we draw the curtain on the old man with the scythe and welcome the new kid in diapers with his brand-new year to grow, let’s lift a glass in a proper, permanent farewell toast to the folks who filed out through the exit doors in the year just ended. From no-nonsense First Lady Betty Ford, 93, to self-destructive goth singer Amy Winehouse, 27, death played no favorites in age or character. From Elizabeth Taylor, once the world’s most beautiful woman, to Cheetah, always the world’s most beloved chimp, 2011 ran the gamut in important departures.

Legendary Liz. She once said, “I can never remember a day when I was not famous.” And she lived up to it with responsibility, humor, artistry, a passion for life and an enviable reputation as a social activist dedicated to helping the sick, underprivileged and disenfranchised. From child stardom in National Velvet to two Oscars, 52 movies, eight marriages (twice to Richard Burton), endless near-fatal illnesses and billions in jewels, she finally succumbed, at 79, to congestive heart failure. In a rich and turbulent life, she didn’t waste a single minute and died with her boots on, ready for bear. If you can believe it, Cheetah outlived her. Although they never worked together, when Liz was making Lassie Come Home, the world’s most famous chimp was toiling away on the MGM jungle set next door. After the Tarzan movies ended, he lived with his “boss,” Johnny Weissmuller, until he retired to the Old Chimps Home, where he still made monkey business, posing for pictures and playing the piano. Ironically, he was often visited by Johnny Sheffield, who played Boy, then retired from show business to become a lobster importer and died before Cheetah, after falling off a ladder while pruning a palm tree. Who else would tell you these things?

This time last year, I no sooner turned in my annual goodbye column than on Jan. 2 my adored pal Anne Francis died of complications from pancreatic cancer, leaving me with so many personal memories of the fun times we shared and indelible impressions on screens big (Blackboard Jungle, Forbidden Planet) and small (she won an Emmy for Honey West, the first TV series about a female James Bond).

Anne was as gorgeous inside as she was in Technicolor. Then there was busty sex symbol and Howard Hughes discovery Jane Russell, more notable for her inflatable bra and voluptuous dimensions (38D-24-36) than her acting ability, although in Gentleman Prefer Blondes opposite Marilyn Monroe, she was praised for them all. No more close-ups for lovely, versatile British star Susannah York, 72, an actress of wide range and extraordinary depth who was more than just another pretty face in Tom Jones and her Oscar-nominated performance in They Shoot Horses, Don’t They? But my favorite of her roles remains the young, naïve, feminine half of a lesbian team in the groundbreaking 1968 shocker The Killing of Sister George.

No more 8×10 publicity layouts for Jill Clayburgh, the excellent and underrated star of Broadway’s Pippin and the film An Unmarried Woman, or for Dana Wynter, 79, the elegant German-born film star best known as the woman who tried to stay awake long enough to survive the pea-pod people in Invasion of the Body Snatchers (1956). No more curtain calls for the great musical comedy star Betty Garrett, 91, who headlined in scores of MGM musicals, on Broadway, and as a regular on TV’s Laverne and Shirley and as Archie Bunker’s neighbor on All in the Family. As a founder of nonprofit theaters and musical workshops in L.A., she raised a lot of money to fight AIDS, and in her last appearance on Broadway, singing “Broadway Baby” in a starry revival of Follies that was far superior to the current one, she was still stopping the show. I already miss the friendly, handsome face of my diligent friend Cliff Robertson, who won a much-deserved Oscar as a mentally disabled janitor in Charly. He passed one day before his 88th birthday. I’ll never forget the night we were both given honorary degrees at Brandeis University, after which he flew me back to New York in a hair-raising lightning storm in his own twin-engine plane. He kept saying, “If we crash, I wonder who will get the most publicity.” Funny guy.

Other stars who turned in their SAG cards forever included Jackie Cooper, 88, Our Gang alumnus who, at age 8, became the youngest actor nominated for an Oscar (The Champ, with Wallace Beery). He attended the Oscar ceremonies but fell asleep in Marie Dressler’s lap. He was washed up at 14, but became a race-car driver, a drummer with Claude Thornhill’s orchestra, a Broadway star in the 1950s, a major television executive in the 1960s, and an Emmy-winning producer-director in the 1970s. He came out of retirement to gain late-life popularity as Perry White, Clark Kent’s editor at the Daily Planet in the Superman blockbusters. There’s more: Peter Falk, a popular staple in John Cassavetes films and four-time Emmy winner for playing the rumpled TV detective Columbo, wearing the same battered trademark raincoat for 25 years until it shredded and had to be replaced; and Farley Granger, the 1950s heartthrob who waited until he was 80 to write Count Me Out, a candid, tell-all memoir about how, like Rock Hudson and Richard Chamberlain, he wasted his Hollywood years as a closeted gay star whose bisexual affairs included Ava Gardner, Arthur Laurents, Shelley Winters and Leonard Bernstein. (In a busy bed, Lenny only lasted two nights.)

Where will movies be without the flesh and bones of character actors like Pete Postlethwaite, British chameleon with a face of barbed wire, Oscar-nominated in 1994 for The Name of the Father and later applauded for everything from Alien 3 to Inception; Sada Thompson, the distinguished Tony-winning Broadway stalwart with the sandpaper voice; Marian Mercer, willowy, zany blonde who won a 1969 Tony for Promises, Promises; 93-year-old Clarice Taylor, who played Bill Cosby’s mother for seven seasons on The Bill Cosby Show; Phyllis Avery, petite blonde who played Ray Milland’s wife for two years in the TV sitcom Meet Mr. McNulty; Michael Tolan, the leading lady’s journalism teacher and boyfriend on The Mary Tyler Moore Show and one of the founders of New York’s American Place Theater; Margot Stevenson, 98, who starred opposite Orson Welles as the voice of Margo Lane, girlfriend of mystery man Lamont Cranston on the radio series The Shadow; all-American blonde Patricia Smith, who played Jimmy Stewart’s wife in The Spirit of St. Louis; James Arness, 88, a living-room fixture for 20 years as permanent as the family sofa in the role of Marshal Matt Dillon on Gunsmoke, one of the longest-running horse operas in TV history. Later, he reprised the role in five feature-length Gunsmoke movies. (Everyone forgot he also played the monster in the 1951 sci-fi classic The Thing.) 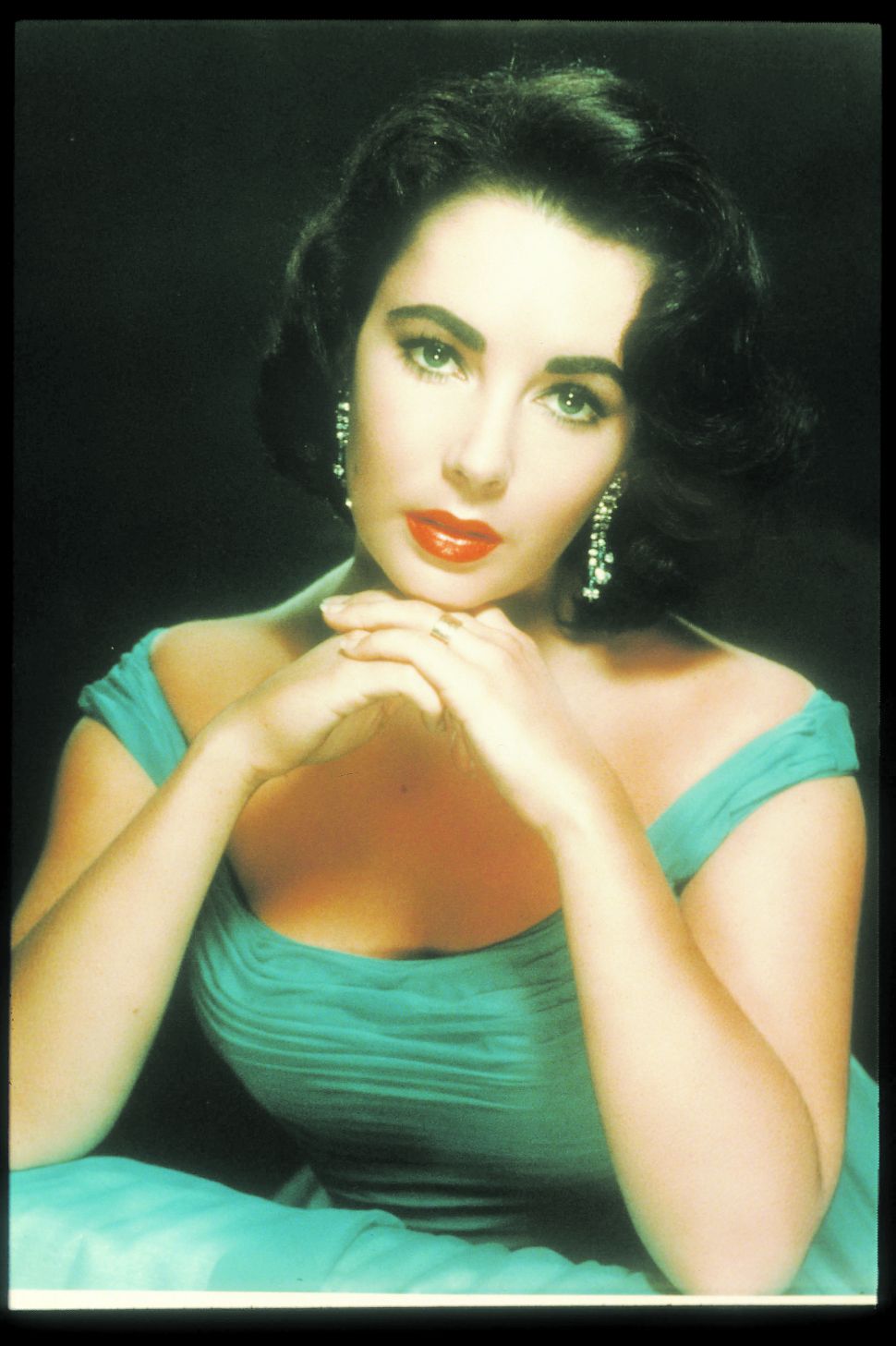