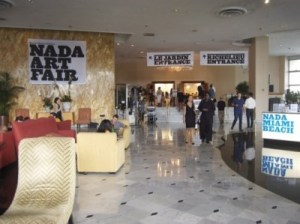 Gallerist reported last week that the New Art Dealers Alliance was was planning a New York art fair for May. Now NADA has set a location and date: the former Dia Art Foundation building, at 548 West 22nd Street in Chelsea, from May 4–7, the same stretch that the inaugural edition of Frieze New York takes place on Randall’s Island in the East River.

The former Dia building is being used March 8–11 for the third edition of the Independent fair, founded by New York dealer Elizabeth Dee and London gallery Hotel, which runs concurrently with the Armory Show, so some fairgoers may experience a touch of déjà vu this spring.

This is shaping up to be an exciting, topsy-turvy May: the upstart NADA satellite will be in the heart of the New York gallery district, while the main attraction is out on Randall’s, which Frieze New York reps have been diligent about noting is but a 20-minute car ride from downtown Manhattan.