TRENTON – A fractured Democratic Party presided solemnly over a reorganization meeting at the War Memorial this afternoon as the puzzle pieces of a powerful north-south alliance tried to keep the ceremony taped together under the watchful eye of former Speaker Joe Roberts.

Under the pomp and circumstance, onstage absences on the D Team screamed caucus havoc.

The two were insurrectionary casualties in a speaker’s fight last year.

An undersheriff in Union County, Cryan had a series of civil service interviews to attend today.

“Set up well before the new date,” he told PolitickerNJ.com. “I plan to try to make the speech.”

A brass band did its best to set the mood but gloom hung over the event on a sopping wet January day in Trenton. 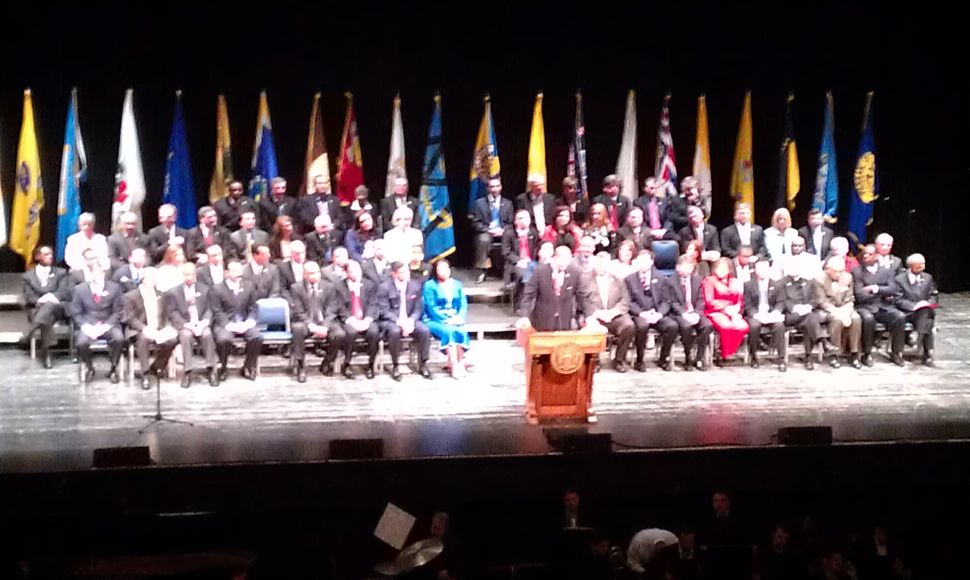