CW–the teen network that caters almost exclusively to vampires and bitchy high school girls– is trying its hand with a summer game show called Oh Sit! But how can a program literally described as “musical chairs for adults” keep the interest of its ADHD-addled viewers?

According to an early press release about the show:

Described by the network as “musical chairs for adults,” the program will feature “20 thrill-seeking daredevils racing head to head through five physically demanding, obstacle course-style eliminations as they each compete to claim a chair, to the sounds of a live band,” according to a press release.

Woof. Okay. We’re putting our money on the Food Network’s Marc Summers for hosting duties, since his last game show Double Dare was based on an equally stupid children’s game, and he should at least drum up some nostalgia points for 20-somethings who still use SNICK as a verb. As for a band?

Best Week Ever is betting on Smash Mouth, with the theme song being “Sit Down, John” from the musical 1776. We’d hope that with The Vampire Diaries and Gossip Girl, the CW actually knows how to rope in a relatively good band that owes them a favor. What about Metric? Goldfrapp? 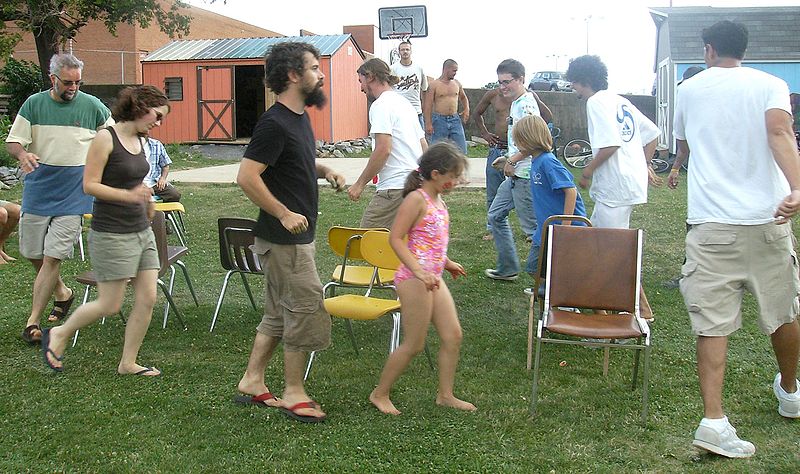