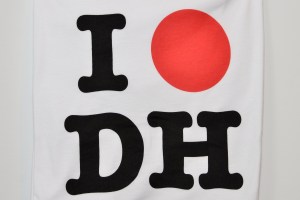 Even the most frugal writer making the worldwide Gagosian tour—crashing on couches, taking trains throughout Europe, etc.—would need to spend at least a few thousand dollars on airplane tickets to cross the Atlantic, the Pacific, the U.S. and the gigantic gap between the Gagosian outposts in Athens and Hong Kong. Though critic Adrian Searle floats the rumor that one journalist is making the trip, it is hard to believe any publication—or even major media company—would be willing to back the sojourn.

One is left, then, to assemble a grand review from local writers in each city. As Magda Sawon, the co-owner of the Postmasters Gallery, pointed out on Twitter, just about every critic has by this point written a review of part of the show, and a “[h]uge database ripe for direct comparison study was created.” The list below is an initial, partial stab at analyzing—at celebrating!—that. (A note: the selection is limited to reviews published by critics who saw all of the shows within their local city—three in New York, two in London, one each in the remaining areas—with the exception of Katy Siegel’s report from the show’s press preview, published on Artforum.com, since it remains the most biting, brilliant article we have yet read about the show.)

Here’s hoping someone completes the Spot Challenge, and flips the reward—a Hirst print—to recoup at least some of the cost of the journey. And now the reviews:

Peter Schjeldahl, The New Yorker, “Spot On”
“I can enjoy looking at one for a while, but to like them would entail identifying with the artist’s cynicism, as herds of collectors, worldwide, evidently do. Hirst will go down in history as a peculiarly cold-blooded pet of millennial excess wealth. That’s not Old Master status, but it’s immortality of a sort.”

Roberta Smith, The New York Times, “Hirst, Globally Dotting His ‘I’”
“Some of them are wonderful; some aren’t really paintings, they’re just expanses of inert spots that happen to be hanging in a gallery. The fluctuations in quality is itself a kind of affirmation of the whole idea of quality.”

Katy Siegel, Artforum.com, “It’s All Over”
“In effect, Hirst, Murakami, and Koons run medium-size businesses; exploiting their workers, they are in turn exploited by speculators, who themselves make nothing but money. There’s something slightly pathetic about the artist’s ambition to join their ranks, to be a big man—a painting with a million spots! $100 million for the diamond skull!! Golly!!!—on the scale of the real assholes.”

Richard Dorment, The Telegraph, “Damien Hirst, The Complete Spot Paintings, Gagosian Gallery, Review”
“They are perfect corporate artworks, ideal for banks, board rooms, and modernist collectors who have no particular knowledge or taste. Cheerful but not cheap, you don’t have to look at them for more than a second or two to get the point.”

Christopher Knight, The Los Angeles Times, “Art Review: Damien Hirst at Gagosian Gallery”
“The spot paintings are as blank in Mumbai as in Manhattan, as empty in Dusseldorf as in Shanghai, as vacant in Buenos Aires as in Beverly Hills. They speak visual Esperanto. They look machine-made only if you see them in reproduction, rather than in person, where artistic handicraft — pristine or sloppy—is visible.”

Blake Gopnik, The Daily Beat, “Damien Hirst’s Spot Paintings Take Over the World”
“Doesn’t high-school physics tell us that the world is just a void filled with atoms? Hirst’s atomistic artwork captures that worldview, which dates back to ancient Greece, and ignores all the higher-level order that normally attracts and distracts us.”

Adrian Searle, The Guardian, “Full Circle: The Endless Abstraction of Damien Hirst’s Spot Paintings”
“Because the colours never touch, there’s no real conversation or friction between them. Everything is insistently frontal. I long for a black spot, a wobble, a smear.”

Ben Luke, London Evening Standard, “Damien Hirst: The Complete Spot Paintings, Gagosian–Review”
“But the volume of paintings here creates a monotonous blizzard – 90 per cent are superfluous. And their abundance only serves to amplify a whiff of filthy lucre that underscores the whole endeavour.”

Martin Gayford, Bloomberg BusinessWeek, “Hirst’s Druggy Spots Circle World in 11 Gagosian Shows: Review”
“Once, say about 1995, his spot works seemed to catch the zeitgeist, at once energetic and nihilistic. That time has passed. Now, they seem to capture something less desirable — the cheery cynicism of an era that has not so much passed as collapsed.”

Adrian Hamilton, The Independent, “Still Spotty About Damien Hirst”
“And yet it must also be said that visiting the two London galleries at least is a visual pleasure. … However they reproduce on paper, faced as real paintings, they have a reality that is quite compulsive.”