Look, we like David Lynch. Some of us love David Lynch so much that they have tattoos from his movies. Tattoos. Multiple. And some of us associate David Lynch and coffee so much that one of their tattoos is actually a pot of coffee next to cherry pie, which is meant to represent the entirety of what made Twin Peaks so great.

Some of us have even sipped David Lynch brand coffee over at the IFC Theater on West Fourth, even though who wants to drink coffee during a movie?

Which is all to say that this is coming from a place of love: David Lynch, stop making coffee commercials because this is terrible marketing.

When people think of coffee, they don’t want to experience intense feelings of terror made all the more unsettling because the source of the fear is impossible to place. They also don’t want to think of Barbie heads. They want to feel like this:

That’s the ad! That should be the ad right there!

In conclusion, please go back to making movies, David Lynch. You are starting to scare us. And not in a fun way. 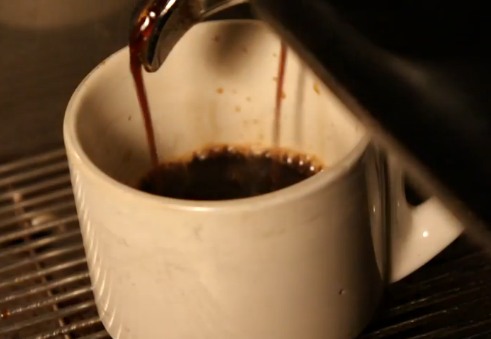