While we’re anxiously awaiting the March return of Mad Men after its year-long hiatus, we have to admit that the time off has given Jon Hamm the opportunity to show off his comedic side. 30 Rock, Bridesmaids, that time he did a reading for Jon Glaser about The Butthole Surfers, The Increasingly Poor Decisions of Todd Margaret, Between Two Ferns, and the upcoming Friends with Kids directed by (and starring) Mr. Hamm’s long-time girlfriend Jennifer Westfeldt are just a few examples.

Of course, you’ll never know where Jon Hamm might pop up next…like on a PBS Kid’s cartoon, perhaps?

On February 20th, set your DVRs for Martha Speaks, an animated series about a talking dog who loves words, which will feature Mr. Hamm and Ms. Westfeldt in their cartoon debut. If you just can’t wait until then to get your daily dose of Hamm, check out these preview clips below for the episode, titled “Cora! Cora! Cora!”

“Ham Johnson” (Jon Hamm) talking about his love for his deep passion for vocabulary calendars:

It’s almost sad that soon Mr. Hamm will be back full-time playing Don Draper, a man who has probably never seen a cartoon in his life (unless it was selling Lucky Strikes). 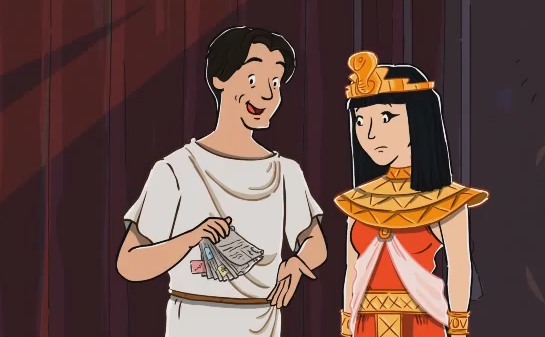