TRENTON – Steven Goldstein, chair and CEO of Garden State Equality, is not derailed by the news that a key Republican senator is voting against S1, the upper chamber bill legalizing same-sex marriages. In fact, he knew it was coming.

The senator in question, Kip Bateman, (R-16), Branchburg, was sought out by bill sponsors as a potential cross-aisle supporter, but sources said he’ll be voting against the bill today.

“It’s as clear as day that Kip Bateman is for marriage equality and is afraid to pull the trigger,” Goldstein told PolitickerNJ. “Frankly, it doesn’t affect our calculus in counting votes because I, for one, along with many others, never thought he would pull the trigger.”

Goldstein was nonplussed by Bateman’s reported opposition and still believes the bill will have 21 votes for passage – even if it never gets to the 27 votes state Sen. Ray Lesniak, (D-20), Elizabeth, is seeking.

“We played this dance with (Bateman) two years ago,” Goldstein said, “so this is not a shock. And I have been telling people, trust me, Kip Bateman will hem and haw until the last moment and find a way not to vote for the bill.” 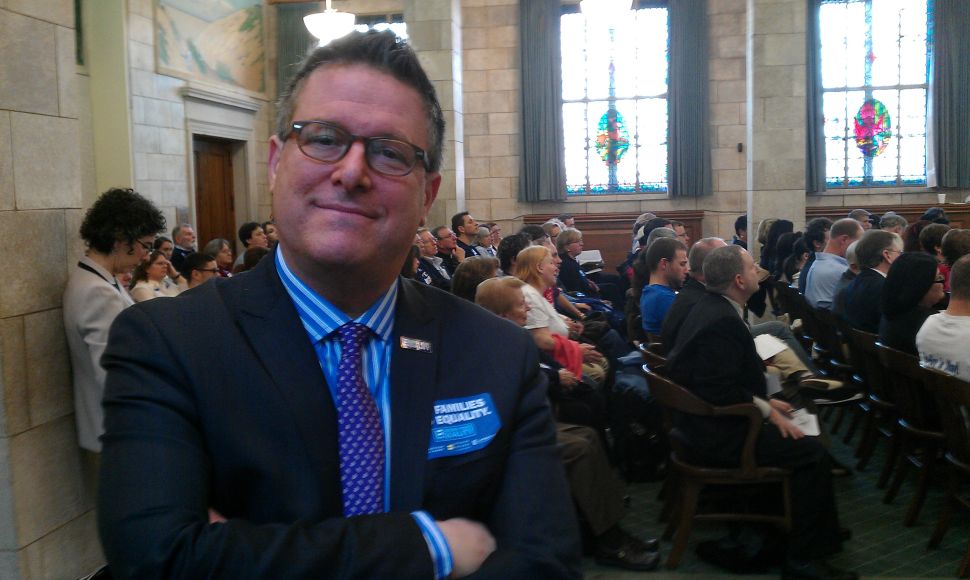