A Greyhound bus carrying passengers from San Diego, CA to Washington D.C. dropped off 13 of its passengers in the middle of Texas on Saturday after the driver allegedly took issue with the Occupy movement.

According to the Twitter account of Road2Congress–a group that encouraged people to take Greyhound buses to the nation’s capital for a Tuesday protest–the passengers were kicked off for political discrimination. The driver, who has been identified as Don Ainsworth, kept passengers waiting for an hour while locked in the bus at a Greyhound depot in Amarillo, Texas after unloading the bags of various Occupiers. Police were called, and 13 individuals were pointed out and taken off the bus.

A video shot at the scene identifies Mr. Ainsworth calling the police and gesturing towards the vehicle.

In response to the outcry on various Occupy forums, Greyhound tweeted out yesterday: Several of the Occupiers were left on board, including individuals running the Livestream, were allowed to stay on the bus.

The New York Observer has reached out for comment to representatives at Greyhound, but has yet to hear a response. 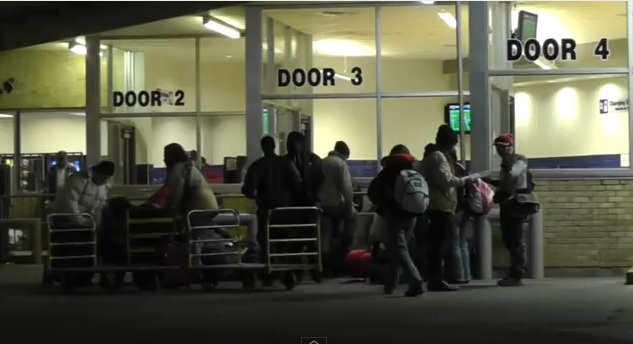