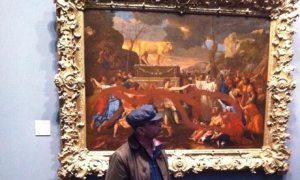 Guards at London’s National Gallery, where the blockbuster Leonardo da Vinci show is on display now, are planning two-hour strikes on Jan. 19 and 28, as well as Feb. 2 and 4.

The planned strikes are a result of the National Gallery’s rule that guards, or “gallery assistants,” must watch two rooms at a time instead of one. According to the Guardian, guards “claim this allowed a man to attack two Poussin paintings in July.” Apparently, the guard was in the other room when the incident occurred. Unlike many museums, the National Gallery does not have a strict bag policy, which lead the Guardian‘s Jonathan Jones to call the damaged Poussin canvases “sitting ducks.”