Out of all the viral videos of 2011, we’d have put our money on Randall and his narration of “the crazy, nastyass Honey Badger” as the year’s biggest crossover hit. The Randall videos–actually the brainchild of a man not named Randall, but Christopher Gordon (Editor’s note: Are you telling us that Randall doesn’t exist?? Waah!)–have already spawned an upcoming book, Honey Badger Don’t Care: Randall’s Guide to Crazy, Nastya– Animal as well two new apps. Now the least-caring animals in the kingdom are also getting an animated series!

According to The Hollywood Reporter, Honey Badger U is currently in development with the 6-month-old Canadian production Company, Six Eleven Media.

The project, which soon will be pitched to both broadcast and cable networks, will follow an animated Randall, who is the chief professor of life sciences at a dysfunctional university. His course will feature his trademark color-commentary on documentary footage of topics related to science and the animal kingdom while forming an unusual bond with his student, fellow professors and the University mascot, “Honey,” a “nastya–” honey badger.

We’re imagining it as a “Caddyshack meets the video for Black Lips’ ‘200 Million Thousand‘” sort of thing. Here’s the original Honey Badger video, for no other reason than we wanted a good chuckle today. 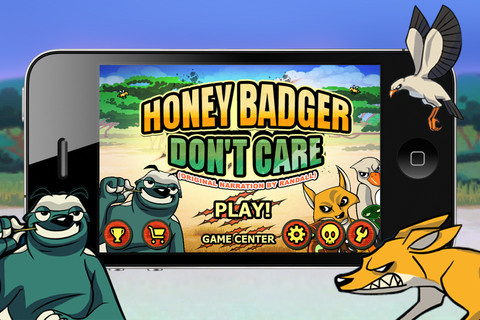