Deputy Mayor for Government Affairs Howard Wolfson and New York Times Metro Editor Carolyn Ryan battled on Twitter this afternoon over an article that pointed out a city ad warning oversize portions of sugary drinks can lead to diabetes and potentially lost limbs used photoshopped pictures rather than real amputees. Mr. Wolfson sent out four tweets over a four hour period defending the ad and asking whether the Times uses real subscribers or actors in its ads. END_OF_DOCUMENT_TOKEN_TO_BE_REPLACED 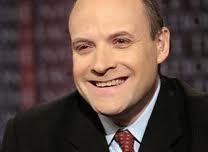