TRENTON – He doesn’t shy away from urging the press to take the bat on his political opponents, but don’t look for Gov. Chris Christie to wield ax handles any time soon.

“Some of the reaction to it has been so ridiculous,” Christie complained to reporters this morning, referring to Democratic Party outrage over the governor’s comments that the Civil Rights movement could have used a good referendum question.

“Political members of the state Legislature comparing me to Lester Maddox and George Wallace shows how desperate the Democrats are,” Christie said.

The only complaint he’s heard on his comments has been from “partisan liberal Democrats,” the governor told reporters.

“Nobody who doesn’t have a political agenda has implied that,” added the governor, who presided over a breakfast this morning of representatives of the NJ NAACP and African-American mayors.

“The question was raised to me by the mayor of Asbury Park,” Christie recalled. “I think afterwards they all understood and affirmed to me that I was not being critical of the Civil Rights movement. They knew exactly what I meant, which is that the political climate didn’t give them a chance for a referendum.”

When he called for a marriage equality referendum question last week, Christie drew a correlation with the civil-rights battles of the 1960s, and said they could have been avoided had the issue been put to a referendum.

“He clarified his statement,” said Orange Mayor Eldridge Hawkins, who was in attendance at this morning’s breakfast. “As I understood it, what he meant was there was so much discrimination and prejudice the climate would not have allowed the issue to pass.”

Christie said “numbnuts like (Assemblyman) Reed Gusciora should be ashamed of themselves” for comparing him to Maddox and Wallace. 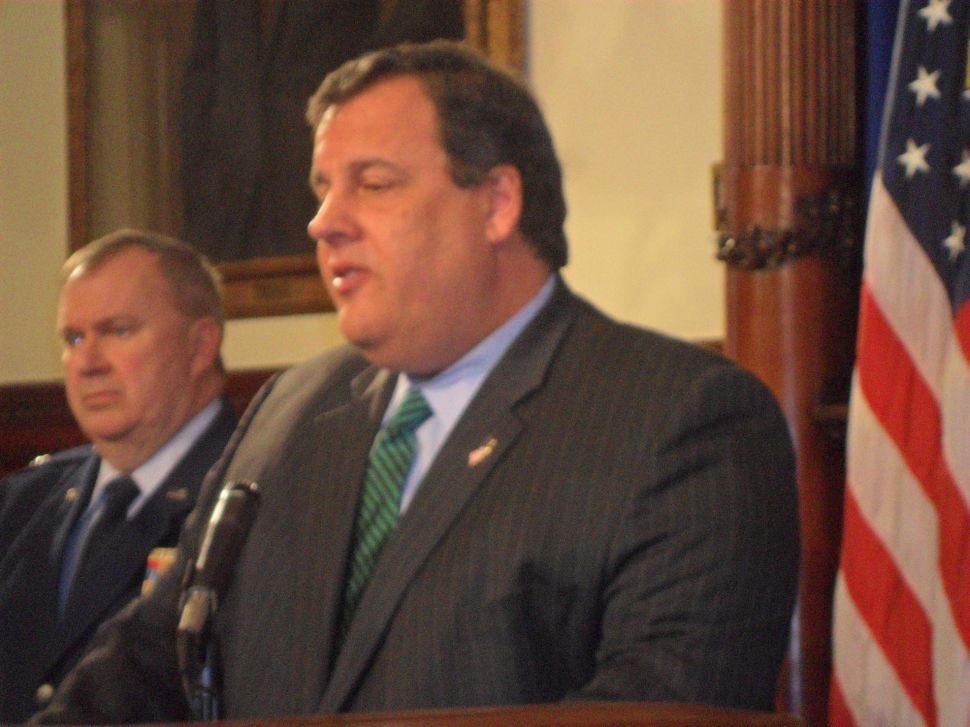