A Q&A with the Helsinki-based designer who tries to get his favorite sites to make user experience improvements by creating Tumblrs about it.

What site is next? Tumblr?

I love what David Karp and the guys in New York have made. It’s interesting you mention Tumblr, last October when Tumblr announced the new UI for their customize blogs feature, there was no easy way to enter color HEX values in the theme settings. I sent Karp a suggestion via his Tumblr and a few weeks later it was there; I’m sure I wasn’t the only person with that idea. So, yes, there are lots of things Tumblr could be doing. Tumblr has created a very powerful platform of self-expression, an elegant balance of simplicity and complexity. They have shown great restraint with releasing new features, a trait so rare with many internet startups. So many of the larger ‘free’ tech companies are trying to do too much, it can get very noisy. I use Tumblr a lot, I have shared over 300 posts in the last year alone. It works.

Why are you giving out all this free UI advice?

What should I do with it? Keep it in my head? That would be a waste. It’s not free, I learn so much from it. If Twitter, Facebook, Tumblr or Google listen, brilliant. However, there came a point with Facebook that I felt their product had gone so far in a direction I wasn’t comfortable with that I could not help them anymore.

I love Twitter, just not the latest version of Twitter. They’ve raised the bar for new adopters of the service. Despite the simple idea of Twitter, it’s actually quite a confusing experience. A lot of new users find it very disorientating for the first few weeks, and many stop using it because of this. I’d say the new interface doesn’t help with user retention as it has made the learning curve steeper. They say they’ve got it covered; I have hope.

It’s better that it was, no doubt about that. I use it everyday for various email accounts and I’m very happy with it. Yet, I have a lot of ideas in my little black book. Yo Page! could easily happen. For instance, when there’s an email thread with various attachments shared over the course of a few days, those attachments tend to disappear with time. There could be great value in building a very simple attachment file manager that is visible within email threads. When you couple this with Google Docs, you can begin to see how useful this would become. 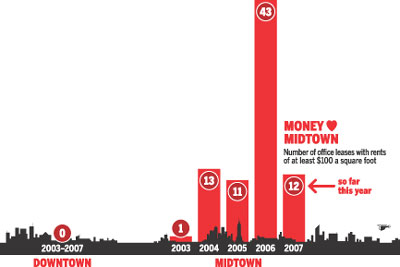 Filed Under: Innovation, Youssef Sarhan, yo zuck, yo dick, yo karp, yo page