It is said that on wintry primary election nights, if you stand in a sensible Republican bathroom at the Witching Hour with a candle in hand, slowly turning in circles while playing the video below on your laptop, Ronald Reagan, the Great Communicator, may appear in the mirror.

That’s an urban legend made up for this post, but the staff of Storyful was busily curating election-related video when they began to notice an ostinato playing throughout the symphony of Republican talking points issued in this political season. At every turn, candidates have been boldly invoking the memory of the affable 40th president. Reagan has become in this election year more of a mantra than ever before, used by every candidate as a rule by which they measure their worth as an aspirant to the Oval Office. At some point, each candidate clearly thought they were up to the Reagan standard.

Play Storyful’s collection of ‘Ronald Reagan moments’ and simply listen. It’s almost hypnotic after a while. Regardless of your own political bent, you may be murmuring “Reaganomics” or “supply side” before you know it. 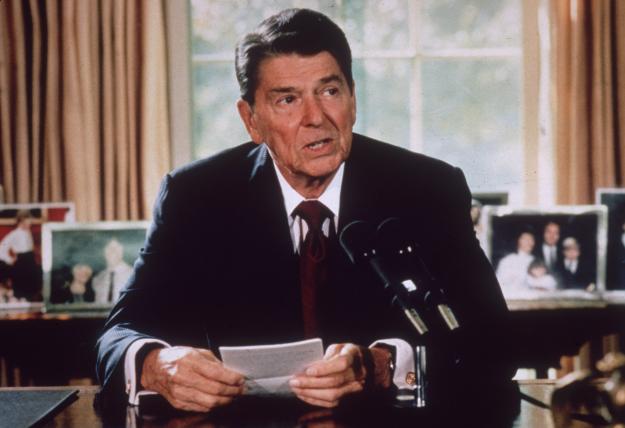