DFA Records’ co-founder and retired LCD Soundsystem bandleader James Murphy has always exhibited a certain stripe of self-awareness that other musicians could probably take lessons from. In one of two films to feature Mr. Murphy at this year’s Sundance Film Festival—the other one being the documentary about his band’s final concert—he has a cameo role as a guy stuck between two obnoxious, aging hipsters in a taxi.

Via Pitchfork— naturally—upcoming feature The Comedy is about someone who “whiles away his days with a group of aging Brooklyn hipsters, engaging in acts of recreational cruelty and pacified boredom.” In the following scene, Mr. Murphy is trapped in a taxi with two of the worst people alive, made even worse by the probability that these “characters” actually exist. The DFA online store opened today, featuring a wonderful tribute to Hipster Runoff—which, if you don’t know what that is, the explainer’s right here if you dare—in the form of “‘Relevant'” Blue DFA T-Shirts. 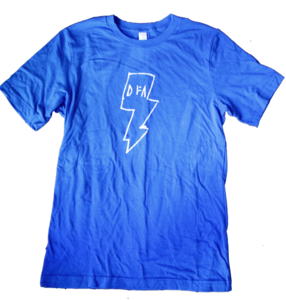