On last night’s episode of the MTV reality show, viewers tuned in to see Sammi “Sweetheart” Giancola get into a weave-pulling contest with some rando on Jersey Shore. But in reality, the new Dangerous perfume brand ambassador was spending her Thursday evening hanging out at Public Assembly in Williamsburg, along with some of her costars.

Wait, Williamsburg? But that’s where people who don’t own TVs live!

While waiting in line for VIP coat check at Public Assembly for an MTV party honoring its latest scripted show, I Just Want My Pants Back party, we ran into Ms. Giancola and housemate Deena Cortese, who were on their way out after the cast made a surprise visit. (Jersey Shore will be the lead-in on Thursday nights for IJWMPB, which premieres next week.) Surprisingly, the starlet recognized us from our brief Planet Hollywood interview several weeks ago.

“We thought you said you’ve never been to Brooklyn,” we accused. We had wanted to introduce Sammi Sweetheart to the joys of hipster culture; admittedly, we had more than one fantasy about us becoming BFFs with the Jersey native. (Ironically of course: the concept of which we’d explain to her over 2-4-1 Tuesdays at Matchless.)

“Oh I know, right! I finally made it out!” Ms. Giancola exclaimed, oblivious to our hurt feelings.  “It’s great! I’m sure I’ll see you around here soon!”

Awesome. Not only were we not going to pop Sweetheart’s Williamsburg cherry, but she had already decided to hang around.

Whatever. Greenpoint is the new Williamsburg, anyway. At least, that’s what I Just Want My Pants Back would have you believe. 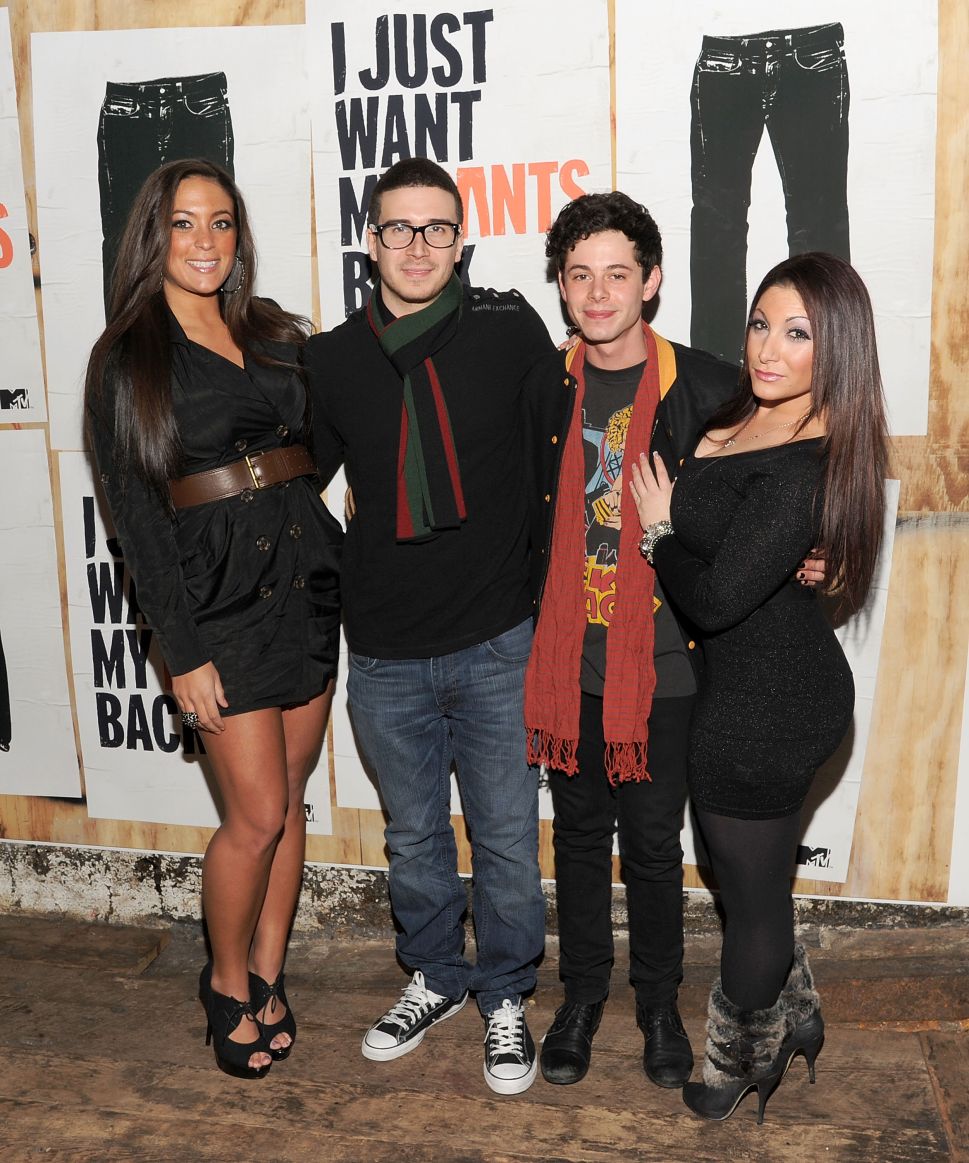