Jimmy McMillan isn’t done with us yet. The man, the legend who electrified the political scene briefly in 2010 with his amazing debate performances and unnaturally epic facial hair is suing the NY State Board of Elections for leaving the word “damn” out of the name of his party, “The Rent Is 2 DAMN High Party.” In a complaint filed earlier this week McMillan said NY State Board of Elections officials have a “‘BIAS’ against the word DAMN in the Rent Is 2 DAMN High Party name.” He also insists on a recount of votes from the 2010 New York State governor’s race: “Re-COUNT all the Absentee Ballots from the 2010 Governors Election […] Ballots that were not counted at the NYS Board of Elections admission–where people hade (sic) voted twice.” Stay on that happy warrior’s path, Papa Smurf. If the recount is refused, your beard will become more powerful than we could possibly imagine. [CN] 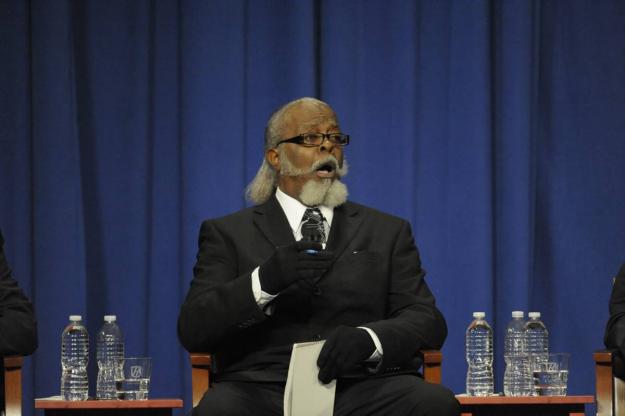